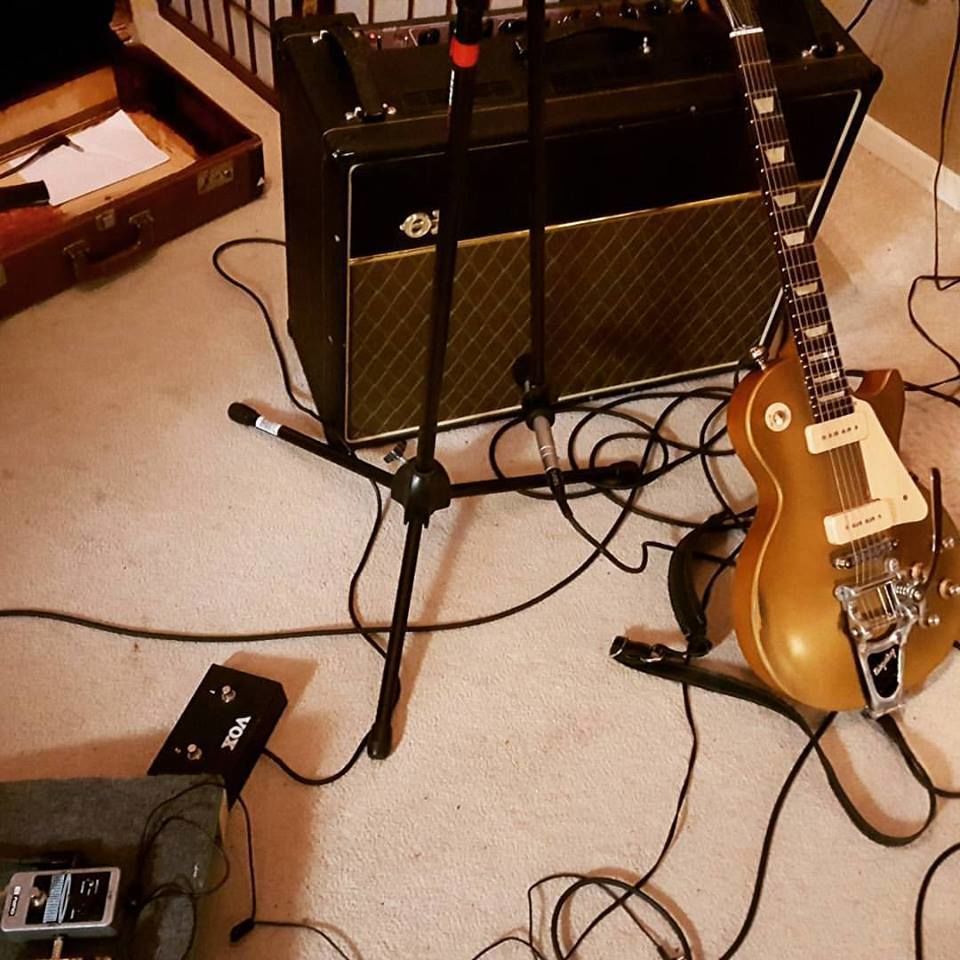 IF YOU DON'T WANT ME
By Travis Calvert

A late blooming rock-n-roll musician and his loving, but unstable wife struggle to maintain their fifteen year marriage despite the painful, destructive influence of a manipulating narcissist.

JAMES, a shy, 40 year old rock and roll guitar player and his loving but unstable wife ANGIE, also 40, are about to face the ultimate trial of their fifteen year marriage.

The film begins with James kicking down the door to the bedroom where Angie has just swallowed a bottle of pills. After checking the toxicology and determining that it will not be fatal, he sits with and watches over her until she comes out of her stupor.

Rewinding a year previous, we go back in time to find out just where things went so terribly wrong.

Angie, being a workaholic who lacks boundaries, battles depression and has a personality disorder is running late to a planned dinner party with James’ former best friend and 35 year old band leader TOM, and his naïve fiancé JILLIAN. She and James make their way to the party wherein they feast, dance and sing late into the night. When Tom is left alone with the couple he begins his clever workings and the typical narcissist pattern emerges full of love bombing, attention, and approval. This seemingly idyllic relationship would not last long.

Angie loses her job, while James is offered and takes a spot with a new, younger band who are hitting the road. Tom sees this as a prime opportunity to strike, having already set his hooks, he lures Angie out every late night he can while James is away. Little by little his true character reveals itself with lying, gas lighting, drugs, gambling, and eventually other women. All the while preying on Angie's vulnerabilities, sympathies, kindness and mental illness.

James returns from tour exhausted and feeling that something isn't right. Angie denies his suspicions, but can no longer deny her true feelings for Tom. She has fallen in love. When she confronts Tom, he is dismissive and denies the inequitable nature of their relationship. She asks that he either commit or set her free, to which he refuses to answer.

The whole thing comes to a head when poor naïve Jill discovers money missing from their account. She asks James and Angie for help. Angie, explaining the bare minimum tells, Jill to seek a lawyer and start divorce papers. Tom gets wind of Angie’s “betrayal” and unleashes his full cruelty on her, which triggers the suicide attempt that we started with.

She comes clean with James, leaving their marriage tattered but intact… barely. She seeks a new therapist and begins the long road back to sanity, while James unable to stand to see such cruelty inflicted on the one’s he loves, buries Tom in a hole in the desert.

IF YOU DON'T WANT ME