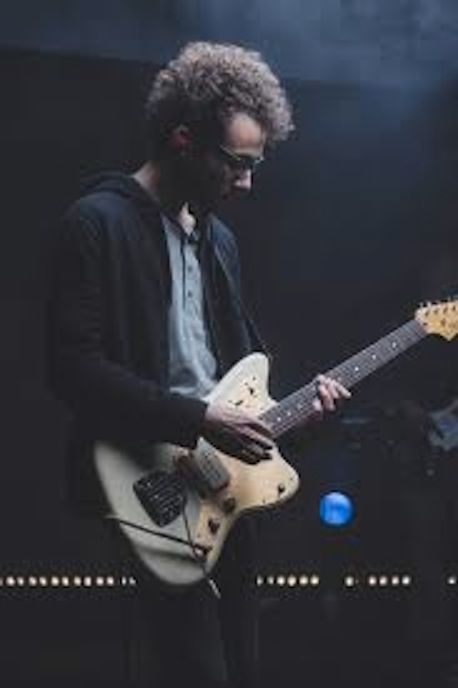 A retired musician for hire struggles to come to terms with aging and resentment after his teenage son forms a hip hop band and begins to live his fathers dream.

“ Play “ a feature length drama comedy is set in modern day suburban North America. MARK, a middle-aged dumpy family man and retired guitarist for hire, spends his days teaching guitar and resentfully catering to the demands of his family. His teenage son, SEEGER, is more like a best friend and his housewife ANGIE, secretly harbors a desire to become an opera singer. It’s business as usual until Seeger comes home with news that he has formed a hip-hop band but Mark isn’t invited.

Seeger’s snub catalyzes Mark’s unrealized dream of leading a rock band, but is he too old to pursue his dream?

Mark, with the help of his slovenly friend STU, scheme to become more like hip hoppers and they make fools of themselves buying hip clothes, learning about hip hop music, Ebonics and trying to get fit and lose weight. The strategy ends poorly with a visit from the paramedics.

On his next attempt, Mark joins the band as manager and he and Stu switch focus from hip hoppers to slick Miami Vice style caricatures and Mark even changes his name to “ The Maestro “.

With Mark’s help the band records a demo cd but when Mark tries to get the band some gigs, he fails miserably. Things go from bad to worse when Mark shows the guitar player how to play a solo and he’s fired on the spot.

Disheartened, Mark goes on a major bender with Stu. As punishment, Mark has to clean out the stuffy and sweltering attic while he’s hung over. But punishment turns to pleasure when Mark finds his one of a kind acoustic guitar and some old sheet music he wrote years ago and he falls in love with writing music again. Seeger, impressed with his father’s new sound, steals one of Mark’s songs and creates his own hip-hop version.

When Mark inadvertently hears Seeger’s version, he is furious! Not only has Seeger snubbed him as a musician and fired him as a manager - now his son has stolen his intellectual property!

Seeger is unrepentant and the tension between he and Mark reaches the boiling point when straight edge Seeger comes home drunk, disrespects his mother and takes a swing at Mark.

Angie, caught in the middle, changes the locks and won’t allow the boys inside until they’ve buried the hatchet.

Mark and Stu go on a “ bachelor’s “ pub-crawl which ends comically when they unknowingly hit on Seeger’s nubile friends and Seeger outs them as old men.

Mark staggers home drunk and self-deprecating and Seeger takes pity on him gently puts Mark to bed. As a peace offering Mark composes a beautiful song and gives it to Seeger as a gift and he and Seeger make up.

Play is a feature length film that has dramatic and comedy elements and doesn’t rely on effects to tell the story. The film will appeal to a wide demographic from teen to middle-aged men and women, music lovers, comedy lovers and anyone who has ever dreamed of becoming a rock star.