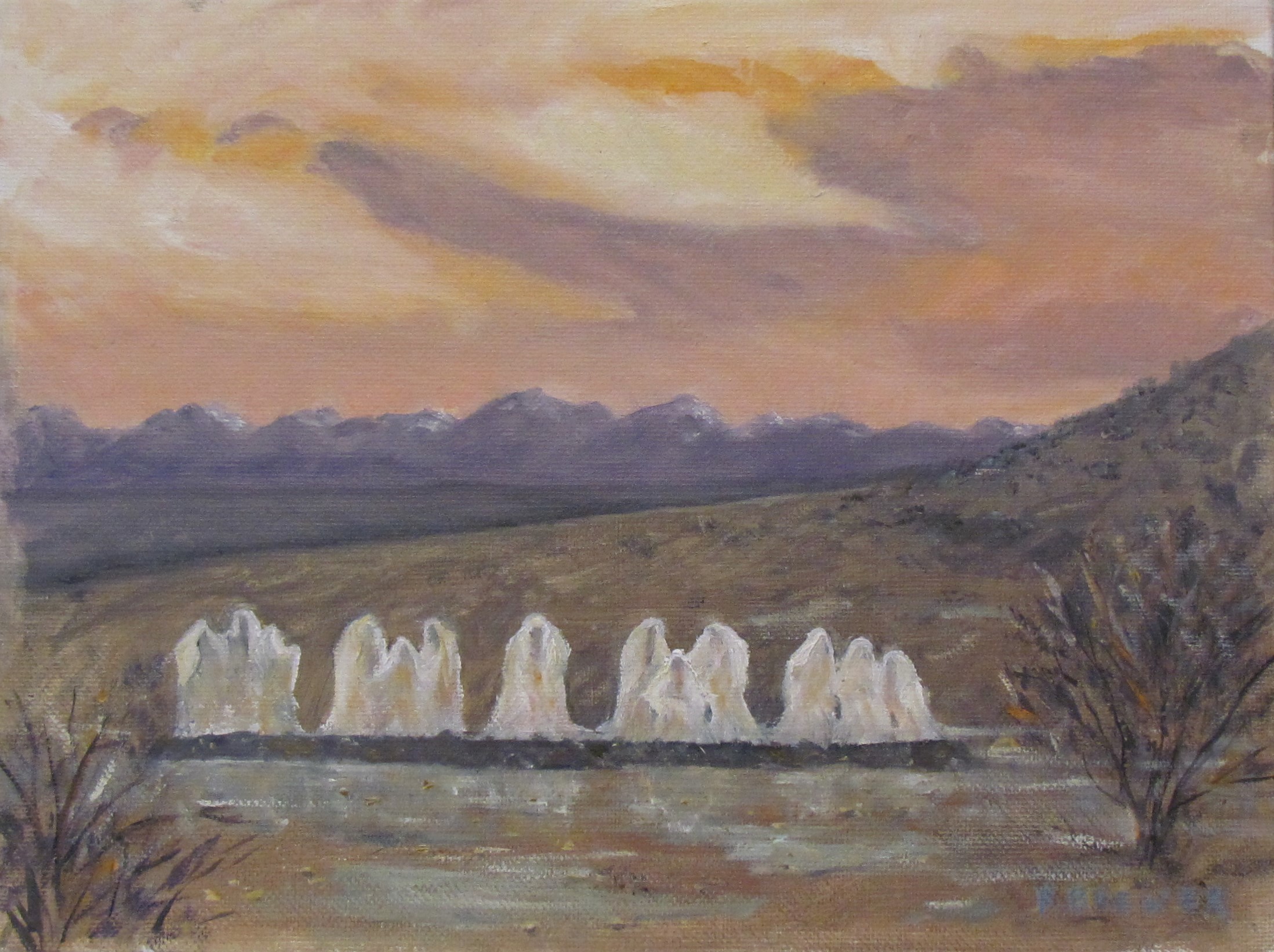 After crossing paths in the ER, a busted-up biker must convince his female emergency room doctor that he knows her and stop her from making the same mistake she did a long time ago.

Set in and around Death Valley, this “Crazy Heart” romantic comedy is between a divorced emergency room doctor (JESSICA) and a pot smoking, pill popping Rip-Van-Winkle biker (GUNNER). Gunner tries hard to convince Jessica that he indeed knows her and feels he must save her from making the same mistake she did centuries ago before he dies.

This is a low budget Indie film since there are just two main characters and all locations exists on public land and are within an hour or so of each other. (Film in early Spring when you get the rain storms)

It is also a visual story. Each surreal location visually illustrates what is going on internally with the characters in that scene.

The tone of the movie is light-hearted with blue collar versus white collar trieste on the paranormal, religion, life after death and love.

The music of the bards of the 1960s plays an important part as Gunner often sings verses from them to illustrate his feelings. Neil Young, Jackson Brown, Tom Watts, ZZ Top and Leonard Cohen. I know this is a deal killer, but I'd try to get some of these guys on board, especially Billy Gibbons from ZZ Top who looks just like Gunner or vice-versus.

The theme deals with doing what makes you happy, not giving in to jobs that don't suit you. It also deals with unrequited love and not judging a book by its cover.

It's a strange cerebral movie, difficult for me to mold into what today's producers expect. It admittedly needs adjusting - but because it based on the relationship and loss of dear friend of mine, I'm letting it just sit for a spell.

Formerly titled "Ode to Gunner" this script was a GRAND PRIZE WINNER in the 2014 American Movie Awards for new writers.

Deja Voodoo is an absolute gem and a labour of love. Some stunning imagery and two unique characters, who will live on in your memory for a long while after you've finished reading. I only gave 4 stars, because having recently messaged Kathleen, I know that she's decided to give it another light editing trim. I'm sure when she's finished, it will be worthy of a five from anyone.

Deja Voodoo is an absolute gem of a screenplay and a labour of love. Hauntingly visual. Two unique characters who will live on in your memory after a long while you've finished reading. I only gave four stars because, having recently messaged Kathleen, I know she's giving it a light edit. I'm fairly certain when she's satisfied, it will be worth a five from anybody.

Thank you for the positive feedback since I just got back a critique I paid for by Wes Ambrecht here on Stage 32. He did not like it. Maybe you can learn from his points as well. "Dragged down by repetitive nature and lack of character growth." He also claims "it deals with a supernatural romance but the mechanics of that never bear fruit." I thought it did bear fruit. Character and Dialogue: "Gunnar's character is well flushed out, but not Jessica's." I would have to agree to with that... "There is not a clear motivation for her to embark on this trip." He also wants me to add more characters to spice up the journey. And he says to pull out ALL the music cues as all these songs would cost more than the total movie to make. Plus he feels they are distracting. He also feels the age discrepancy is potentially uncomfortable when brought to life on the screen. But they never had sex....

All in all he feels this movie "is not particularly interesting to watch or did it grab me as a reader."

I liked this. The premise is fascinating, and it is well executed. The second act wandered a bit, and the age difference was somewhat uncomfortable. However I definitely don't think more characters are needed! That seems like it would intrude on this personal, private relationship - one of the great things about this story that makes it work.

· The logline is more of a premise, is wordy, and lacks clarity: Who is the protagonist? What is the unusual emerging situation? Who or what is the interesting challenge or antagonist? What are the stakes/consequences of failure?

· The synopsis is no such thing. What is presented is a merely pitch block that leads with a wordy restatement of the premise.

· Licensing lyrics, original music, or covers of all those songs would be very expensive.

· All those pages and pages of long-winded, hard-to-memorize dialogue, not least those dealing with theology, are certain to drive off self-respecting actors, plus bore viewers to tears, or hugely offend, or both.

· Excess direction via parentheticals & action, e.g. overuse of beat, "We pull back...", M.O.S. callout. Also pre-casting: "tanned skin, freckles and sun-bleached hair", or "voice has a baritone resonance" (requiring an actor who can carry a tune).

· I seldom found myself especially amused or pleasantly surprised by the dialogue or droll banter.

A. S. Templeton: I admit it needs work. As far as your lack of amusement - its okay. You obviously have not been around these sort of people - they aren't part of your tribe, but they are part of mine. And I still sorely miss "Gunner". One of these days I'll be ready to attack this script again, but for now I'm just letting the catharsis due it's work.