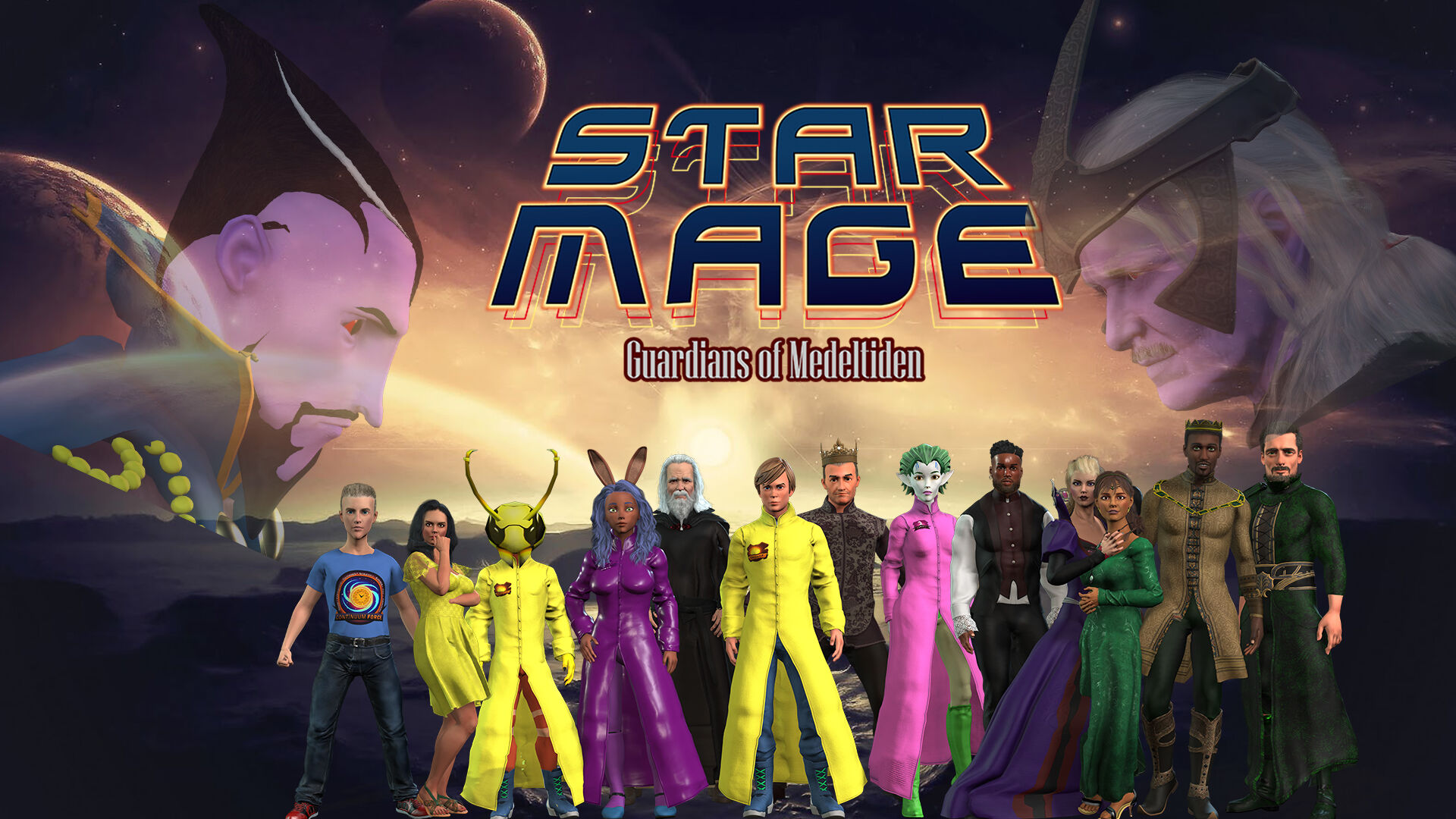 A teen with magical powers must save his family, friends and an interstellar kingdom from his evil rebellious brother.

My name is J.C. De La Torre, I am the writer and creator of the IDW comic mini-series, Star Mage. I am an author (two published novels), screenwriter/director of a feature film that appeared on Amazon Prime (Seekers of the Lost Worlds), director/producer of a documentary film (The Final Timegate) and writer, producer, composer, and editor of two audio drama series Continuum Force and Vampires of White Chapel.

I am in development of an animated version of Star Mage for television or streaming.

I own all rights to the intellectual property known as Star Mage including the opportunity to exploit it as an animated television series, merchandising, etc. IDW published the comic series in 2014 and retained the first publishing rights to the comic (and only the comic) for a term of five years which expired in 2019, when said rights reverted to me.

In the original comic series, Darien was a 14-year-old boy who discovered he is the key to an ancient battle between alien magical races. Whisked away to a new, strange world, Darien met new friends and faced his evil older brother Orasmas in a battle to save the galaxy.

I've co-written this new animated series with my wife Rita, taking up four years after Darien's defeat of the evil Orasmas. Eridu encounters a new threat while assisting some new allies, the Medeltidens. Traversing the galaxy and all the way back home to Earth, Darien, now 18 and with new responsibilities, must figure out a way to defeat the new enemy, handle his growing feelings for his friend Tirwa, and deal with the betrayal of one of his closest friends.

We have completed scripts for a total of 10 (ten) 20-25 minute episodes and have cast 38 speaking roles in the series. Our actors and characters are diverse, with solid POC representation. Character models for the major characters have been completed while animation and production will use Unreal Engine as the 3D animation source, along with other products from Reallusion, Daz3d, and blender to animate the series.

I'm looking to join forces with a production company with established relationships with Netflix and other high subscriber streaming services to partner with going forward. The project to this point has been self-funded.

While we are progressing in our development described above, I am also open to discuss other collaborative efforts including shifting to 2D anime style or outright optioning and stepping aside as the primary production company as we have not begun any animation to this point.

In addition, I have several other animated projects I am planning: Multiple historical fiction series based on Rome, Egypt and the Spanish Empire, a reimagining of Seekers of the Lost Worlds as an animated series, animated versions of my audio shows, as well as Doctor Geek’s Laboratory of Applied Geekdom (with Brazen Wench Productions, LLC.)