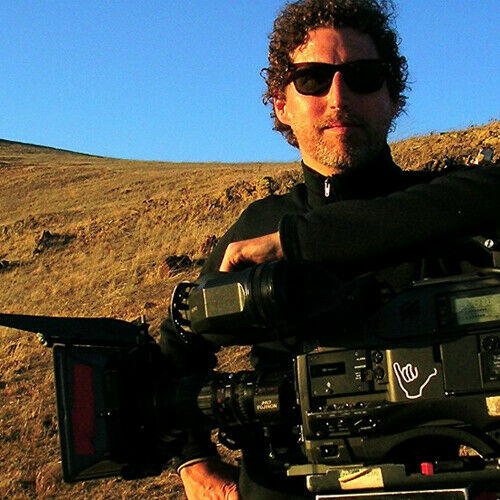 Kevin Bachar is a three time Emmy award-winning Show Runner, Producer, Director, Writer and Cinematographer who formed Pangolin Pictures in 1995. Before that, he was a senior producer at National Geographic Television He has developed and produced films and series in a variety of genres, including Tsunami: Killer Wave, Tiger Shark, and the 13-part reality series Phobias, all for National Geographic; TV-Ography and Jacked: Grand Theft Auto Unit for "A&E"; the Showtime Original Series What's Going On? directing Angelina Jolie in Tanzania; and Fire Mummies for the Discovery Channel. Other productions include Dangerous Drives for Speed, and Firefly 10 Year Reunion: Browncoats Unite for the Science Channel. Personal and home makeover shows such as Buff Brides for Discovery and Fun Shui for HGTV were Executive Produced by Kevin. He also received two 2011 Prime-Time Emmy nominations for Jaws: The Inside Story and John Belushi: Dancing on the Edge. In 2010 he garnered a Webby nomination, In 2013 Kevin Bachar had the honor of producing National Geographic's 125th Anniversary Show, celebrating over 100 years of exploration and scientific discovery.