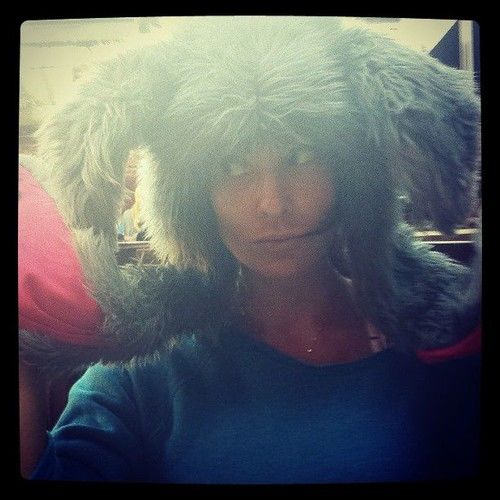 If the light of the day, as a certain someone used to say, has been tripped fantastic and I want to stay, then, I'll go away tomorrow. But, to my lover last night who said he couldn't stay, the only thing I could remember thinking was go away tomorrow. Oh, yeah. I need a desperate lesson in comma placement. Is desperate the wrong word to use in that sentence? Now, to the Thesaurus I'm off to roam...capitalize the t in thesaurus or, no? Capitalize the t in thesaurus, or not? Or, no..?

I'm as Inquisitive and playful and intelligentish as a Gemini. Yet, as you just gathered, I pretend to be shy. My Scorpio won't let you get away without giving me everything, or, until I've sucked you all up against your will, all that you are, inside, outside and all aroundside. If at that point you are not completely in love with me, I will reveal another layer of myself to you that, by its very nature, will keep you unwinding yourself like a ball of twine until you get to what I have waiting for you in the middle -a place very few men have been able to get to; the word 'men' was not chosen to specify gender. And, to answer your question from before: No. I am a lady. So, after taking you all in, I would never spit you out, for the reason that, a lady does not spit. I swallow.

(Absent of any information that could be gathered about her current environment, HEATHER's face is looking up; her hand holds a long feather duster to the blades of the ceiling fan. Her audience just so happens to be you, sir. No, not you. Him. Yeah, YOU. Let's reminisce, wanna? Let's remember back when this incident you are about to read, happened. Below, I'm gonna speak of you as if I'm telling you a story about someone else, though. Just listen while you read.)

"Do you think I didn't see you do that", I had thought to myself, already knowing the ANSWER. (People in crisis/caught in a lie, etc.. always think they need to find the right words, fervently asking "What should I say" over and over, rehearsing the right order, inflections, the tone of that word, said when,... Idiotic to the maximum. I know, because, I've done it. Exhausting/wasting the energy that should have been used training the eyes. The eyes see and tell everything. Detailed details to be given and received. You must speak them to understand their messages. Control your eyes and you control.) HE'd stopped close to me and stood there, now as his wolf. A cool unfamiliar chill followed him, filling the space around only me. And, it was only me who knew that things would never be the same. This dramatic realization immediately put my senses into high alert, forever transformed I stood there, now as my fox.

Our eyes looked for each other, both sets disguised as to admire, but, to get information was their only reason for looking. His I want you eyes found mine looking all come hitherly, not wanting him to know I knew his little secret; his were playing it cool until he figured out whether I knew what he had done or not. Fake intimacy at its finest. We both had to act coy, be brazen, oh the irony, so I led him to my bedroom whether I liked it or not. The anti's must always be upped and will remain, just as the fetishes keep escalating, just to sustain. That was the night I surprised you with my new toys I borrowed from my friend who owns the dungeon downtown, remember?

There is an emptiness in not being known or understood. Most disappointing wasn't what he did, but, that he thought he could get away with it. Even more of a let down than that, though, was his inability to see me while staring into my eyes. Our Ex's are described with words like whore, commitment phobe, diva, player, etc...Poor things and I mean that. It's just a lack of intimacy and a false hope that there is a such thing as The One. -Sigh

Generally speaking: This childish game, playing romper room with rubbers and only rubbers to protect us, is..just.. so.. unfulfilling...boring. but, as if on cue, I just say wheee, giddy up horsey and continue to swing. Just like everybody else -like everybody else is the part I can't take.

Oh, yeah. Yoo-hoo? Babe, baby-doll sweet-cheeks, you there? Listen. Before I start crying in a sec and hand you all your things and break up with you, I gotta tell you just one last little thing-a-lingy, ok? When he came and stood in front of me, I paused. At first, for effect. Locked up in a pause was uncomfortable. My eyes couldn't hold the stare much longer. I could feel them starting to burn and then not feel like my own. I was about to lose control of them. They were about to do whatever they chose. They don't choose. It's the fans fault. More burning and a glossy screen was blurring his face. But, he finally left the room. I have no other choice but to close them. I heard him drive away. Desperately thinking. A twitching I'd never felt. I can't move or stop staring. My shoulders rose up. The time is now. Do it. So...

Long after you've forgotten all about me..Mysteriously, as if appearing from no where, an enigmatic rush of chills will cover your body and grand thoughts of desirous adventures, new pictures of reference and their positions, each new thought racing in one on top of the other, topping the other...As they are consuming you, then...
... you'll remember me.

Those are actually my thoughts that put me to sleep at night. My desirous adventures, my hand holding yours, my dim apartment suite in Paris you meet me at each night. Those are my chills I imagine we will both get when we see each other again.

I hope you're not shocked, and that you knew that I knew. I got my feelings hurt when you lied to me. I know what you did, stupid. I knew right before I seduced you into my bedroom. What I did after makes me just as much to blame as you. That didn't make sense at first cause how could that be? So, I'm sorry.

Unique traits: Being able to know what people are going to say before they say it. For loved ones and strangers alike. I always hope to be surprised. I root for everyone to prove me wrong and surprise me with something I didn't think they would say. Those are the people you'll find with me during the holiday's, times of crisis, celebrations, etc...But not because they proved me wrong. But, because they took the time to know me enough to see right through me. The logic is off, but, it makes perfect sense to me. All that really matters under this unique trait area is that I truly don't judge. I am tolerant probably to a fault. If I said this: If people wanna kill, yes they should be locked up, but, a part of me really believes they should be able to if they want to. -HW 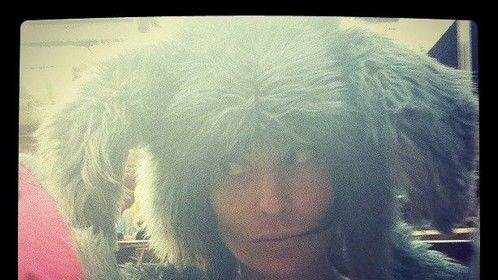