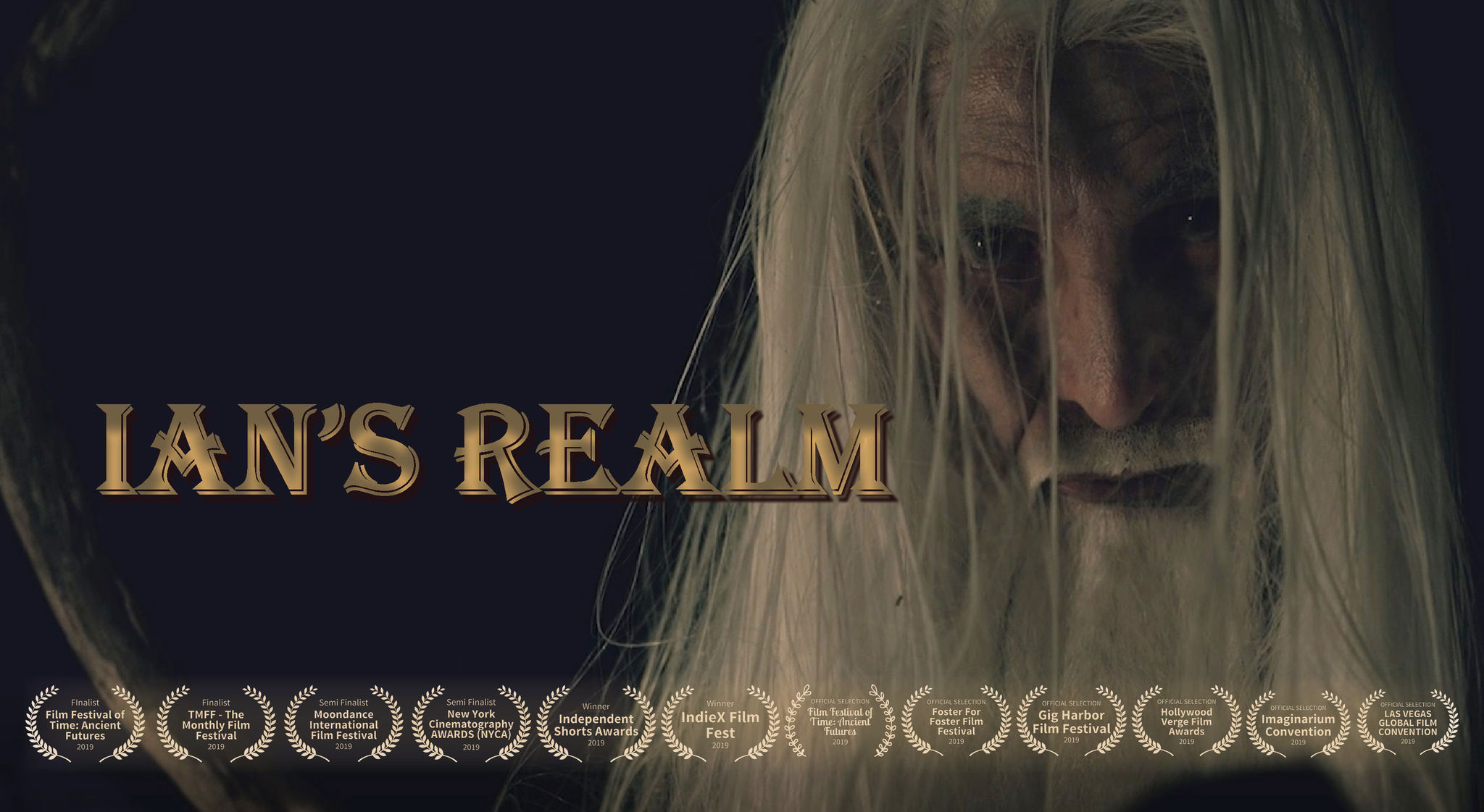 An adventure fantasy following an unsuspecting teen as he enters a portal to another world and is thrust into conflict with dragon worshipers -- and an epic battle between good and evil. A magical fantasy saga adapted from the screenwriter's award winning novels.

and is thrust into conflict with dragon worshipers -- and an epic battle between good and evil.

Ian Wilson and his father travel through a portal that magically appears on their computer screen while they are creating a game engine. They discover a beautiful countryside where horses graze and the air is pure. A curious computer character comes to life and forewarns Ian of a dangerous dragon in their midst.

their horses gone. Approaching the foreboding mountain in search for them, a man in a dark cloak appears and demands that Alex come alone to retrieve the mounts. A strong wind picks up as Ian watches his father climb the treacherous cliffs, and then Alex, the horses, and the man disappear. Ian has no time to collect his thoughts for a sack is pulled over his head and he is knocked unconscious.

Meanwhile a young homeless boy with a magical dagger sells a pair of horses to a Menek villager named Emil.

Ian awakes in the village of the dragon worshipers, the Meneks, and is nursed back to health by Britta. Now a slave, he is forced to work unloading fishing boats at the docks. In his struggle to escape and find his father Ian causes chaos in the village.

The boy with the magical dagger, Daryl, and his partner, an old man named Adrian, keep watch over the village from high on the mountain. Every time the boy’s dagger flashes a beam on a Menek yurt, the dragon zooms across the sky and sets that yurt afire. For Daryl, it is fun. Adrian has a more sinister plan -- to lure Ian into the wilderness and rob him of the key to the portal.

The three happen upon the Kaemperns, a tribe of people who live in the wilderness and who include lost

relatives of Britta’s. The Kaemperns sole purpose is to destroy the dragon and rescue the Meneks from their cult. They agree to help Ian find his father, who they presume is lost deep in the caves of the dragon’s lair.

After a perilous search for Alex, Ian’s father is finally found, but not without loss of life. Ian is devastated, but his relationship with the Kaempern leader, Amleth, is deepened. He swears to return and help them.

Alex and Ian ride for the portal home. Daryl follows in the shadows and at an opportune time, flashes his dagger and sets the dragon at their heels. The creatures chases them all the way to Alcove Forest. Fearful that it will destroy the woodland, Alex sends Ian to the portal with the intent to slay the dragon.

Ian waits overnight by the portal, but his father never returns. He is forced to go home by himself.

Integrity isn’t something you do, it’s who you are,” Aren tells the confused Ian in The Dragon Shield.

Now a young man, Ian returns to the Realm to aid the Kaemperns, find his father, and fight against the tyranny that has befallen his friends. But the Realm is a different place, the forest is dying, the Kaemperns have lost the d them from the dragon, and Ian has a hard time proving his allegiance when a troublemaker

follows him through the portal. His struggle to do right buries him in confusion when Daryl steals the key to the portal.

“I will not let fear weaken us, not now” -says Ian as he dives into the cold waters of Moor Cove to find the

escapees. Ian has proven his abilities as a warrior and now the most dangerous battle begins, the battle against the power of evil. Ian must unravel the secrets of the mountain and discern whom his real enemy is, the enemy both without and within. He tackles Daryl who holds the fate of the entire Realm in his hands, and yet the pressing Songs of Wisdom call for compassion in his dealings. Ian leads his men in the fight against the powers of darkness. But he must also be willing to sacrifice everything he ever hoped to have in order to save those he loves, both in the real world and in the Realm.

Thank you for the rating, Wilmer.