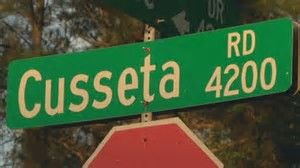 Two close close friends are torn apart after time and an unexpected turn of events bring them closer together.

Sewa~Cida, pronounced sui-cidal, is an underground Hip Hop artist in Columbus, GA. who faces constant misfortune because of selling drugs, burglary and drinking too much. After being released from jail at 17, Sewa~Cida becomes associated with friends in a rap group by the name of O.B.C and getting a record deal becomes his main goal. They do a few shows and Sewa~Cida quickly realizes the rap game would be better than the drug world. Their relationship eventually goes sideways. He regains alliance with a rap group that goes by R.A.N. R.A.W. He was previously introduced to the group by his homeboy Cecil. They continue recording until drinking and fighting lands Sewa~Cida in rehab.

After successfully graduating rehab, he leaves Columbus for Decatur, GA. and notices his only enemy is himself. His uncle opens the door and coincidentally his former producer, JT, lives in the same city. Sewa~Cida mingles with a few females and starts a new album, Sewa~Cida Thoughts; The Album. Constant recording slacks when his producer has a child. Sewa~Cida's first attempt at a real family life is short-lived. He has his first child, Jakiyah. When Sewa~Cida Thoughts; The Album failed to sell in the streets, he transitioned to screenwriting while serving time in a Clayton County Jail.

His second attempt at family comes after his release and lasts for several years. Overcoming the trials of a relationship becomes his only objective. He has his second child, Aaliyah. Sewa~Cida and his baby mama have a perfect chemistry until the drinking comes back. The second break up with his youngest daughters mom was very hard because she was his main line of support. It lead to an eviction from his apartment. Sewa~Cida goes on a drinking hiatus, while working on several projects. This lasts for 30 days and afterwards he realizes his friend, Thomas Byrd, has been trying to contact him. Their short film, Sewa~Cida Thoughts; The Beginning of the End, is nominated for an award at The Atlanta Film Festival.

During the Festival, Sewa~Cida is contacted by an industry friend from earlier who has someone interested in buying one of his feature film scripts. Thomas and Sewa~Cida win an award for best Underground Short Film, the scene closes with curtains and two years later you see Sewa~Cida's little girls playing in the back yard of a beautiful house. A pretty lady is on the grill and Sewa~Cida is still writing.

I feel your logline is incomplete. Tell me the danger, risks involved. Your synopsis is interesting, but keep your tense in the present. Always screen write in present tense. Worth developing further into a full script if you haven't already.

"Two close friends, torn apart over time, are reunited through a series of unexpected events that could destroy their families and everyone they love.?

(sorry, I wrote that before I read the synopsis).

I hope this helps.

How would you say the logline, based on the synopsis?