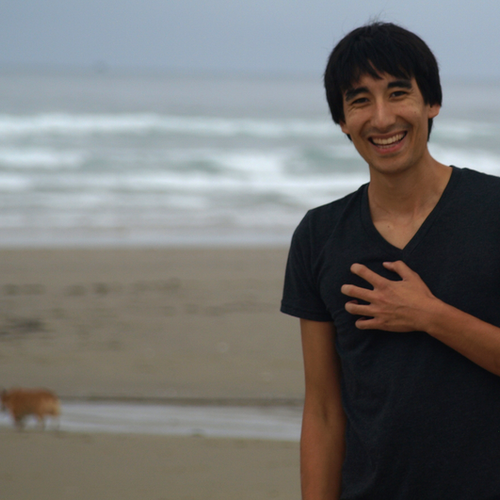 Steven Chen began working with moving image arts in 7th grade at The Vancouver School of Arts and Academics (VSAA), a 6th-12th grade arts magnet school in Vancouver, WA. It was there that he fell in love with filmmaking. At VSAA, he explored traditional documentary and animation but chose to focus on narrative fiction. That changed during his second year at The Evergreen State College when he was introduced to experimental film and autobiographical documentary. Out of this came Nobody Knows but General Tso (2009), his first personal exploration of multicultural identity and his first work with color 16mm film, and his first video art. Set inside a “pillow fort”, the single-channel video installation, Schistosomatidae (2009)— lumps of plastic grow into Barbie and Ken dolls while Disney clips play behind them—is a social critique on the way children’s movies reinforce gender norms. During his junior year Chen added television production to his studies and produced the 4-episode, sci-fi comedy mini-series, Space-4-Rent (2010), as well as the first version of his autobiographic Grandpa (2010). He spent his final year at Evergreen in a full-time media arts internship where he co-created Olympia Winter Nights (2011), a 6-episode live music television show and produced Dog Dreams (2011), a short video exploring a couple's relationship in their waking and dreaming states. After graduating in June of 2011 with a Bachelor of Arts in audio, video, and television production, Chen returned to his autobiographical pieces and edited them with new footage and narration into one cohesive piece: Grandpa (2011), which was featured in the Winter/Spring 2012 issue of the TriQuarterly Online. He is currently pursuing filmmaking in Denver, Colorado.