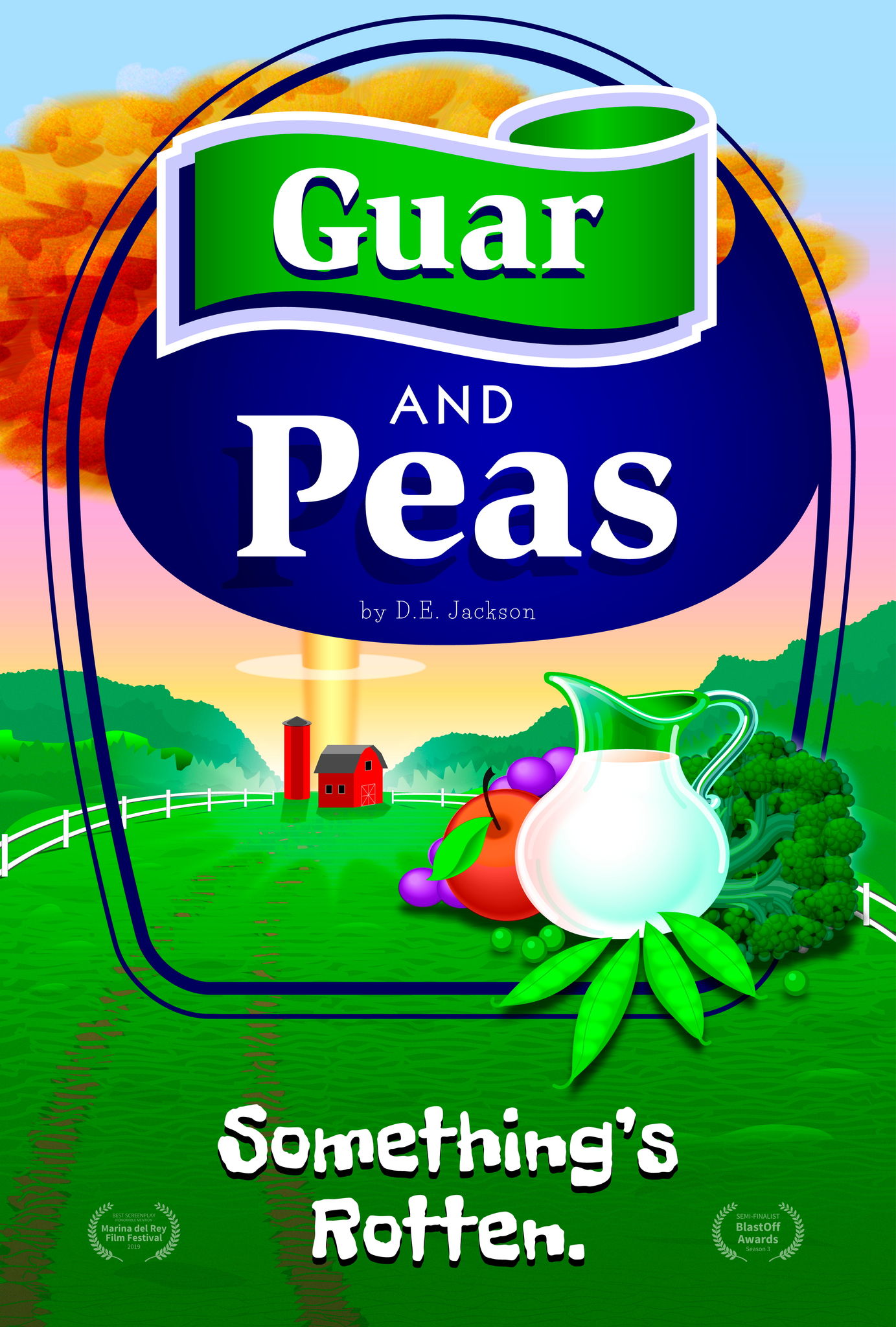 When a produce magnate’s philanthropy provokes a rival cousin, he must weaponize his empire or condemn it to destruction. By bubblegum.

Stemming from the proposition, “What if the food groups were headed by mobsters?”, Guar & Peas takes place in a colorful live-action fantasy world populated by foodstuffs competing for consumer appetite in a market economy where popularity is power:

Newton Apple is a charismatic Fruit tycoon who’s determined to feed the world’s orphans even if it means upsetting a few shareholders; because he knows the generosity will promote his public image and grow his bottom line. But when he learns someone ELSE has been making large, anonymous donations to the Orphans Fund, the perpetually jolly CEO angrily resolves to root out the mysterious donor seemingly bent on his ruin.

Now aware of his marked status, Newton employs a covert network of spies and so learns of Brock’s secret weapons system and (moreover) his “diabolical dental plan.” Their legions battle unconventionally until an astonishing new arms technology is deployed by the Dairy Council and the Green forces are ultimately creamed.

Arch-nemeses exchange blows in an underground lair where Brock is apprehended, but not before Newton is badly sliced by Cherry's licorice whip.

Brock is sentenced to appear in humiliating “Fiber” PSAs, while Newton emerges more popular than ever in a full-body crust, topped with whipped cream. The sexy assassin is compelled to bodyguard a pivotal counterspy, and there blooms an unlikely romance as the anonymous donor is revealed.