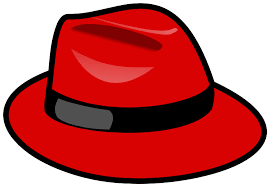 What comes around goes around, Barry Jericho, an ex-convict, alpha male, black, earns his psychology degree in prison before coming home and finds his home has been changed into a group home for women  It's a mix of the Mentalist meets American Pimp.

Barry has just been released from doing 11 1/2 years in prison for drug trafficking, promotion of prostitution, and racketeering.

Barry's reputation was built on the art of seducing fragile women into the sex trade without physically hurting them, women actually sought him out to work for. Barry's mental game was so strong he kept a harem of women at his beck and call, provided for them, protected them, gave them an actual fair share of profit. Barry maintains that all of his ‘working relationships’ were by mutual consent, he never forced any women into this line of work, they were all willing participants and he had the foresight for them to sign agreements pertaining to this. Unfortunately for him, this didn't hold up later in court.

Barry was busted in a sting operation that targeted him as a sex trafficker as one of his 'girls' turned out to be a young runaway who lied about her age.

Barry, a former brilliant honor student was picked on and bullied most of his childhood. After a life-threatening fight with a bully he recovers wanting revenge. He obtains a gun but is ironically talked out of using it by a local pimp who exchanges colorful banter influencing him into changing his mind. Instead, he faces off with the bully challenging him mentally in a duel of wits, when the dumbfounded bully finally attacks he subdues him easily. This exchange empowers him and changes his life, unfortunately negatively; he eventually becomes a high school dropout to pursue pimp dreams with his new found confidence.

His parents were Barry the II & Gilda Priest. Barry died while he was in prison, Gilda disowns him, he has not seen her in years.

Influenced by his prison psychologist Donna Dire that he can do her job better than her, he turns the tides and seduces her in a session. Empowered, he gains his high school diploma and psychology degree from a local university while in prison. He is released after 11 years, one month for good behavior in a 15-20 year sentence.

Armed with a legit diploma; but a criminal background, Barry finds himself unaccredited and unable to be taken seriously as a psychiatrist.

Released to a halfway house, he seemingly resorts to his old ways by being caught with a minor teenager. Awaiting new sentencing fate draws him into an encounter with a suicidal socialite named Bailey Devaugh he talks off of a ledge. The saved socialite enamored with his skills lends her legal team to help keep him out of prison.

Armed with an ankle bracelet he arrives at his home and former criminal compound to find his sister Brandy has turned it into a unlicensed women's group home for addicts.

Surrounded by people of victimization that he used to prey on challenges his steel mantle of reserve. Brandy, distracted by a cheating husband forces Barry into the unforeseen waters of protecting these very house guests. Adding to his newfound woes is the desperate Bailey seeks additional assistance by checking herself into Brandy's group home. Along with constant oversight by his parole officer and the D.A., his actual community service is mentoring young juvenile boys who he must keep away from the house inhabitants. His unique mental skill set literally puts Barry as the sole patriarch keeping control over the complete dysfunctional group while keeping those that prey away. Often, this is more than he can chew for the price of freedom.

Between staying out of trouble his personal newfound reality is dealing with his own demons and PTSD from solidarity confinement and past lifestyle. A traditional 'Alpha Male', Barry finds his 'Toxic Masculinity' is currently vilified and conflicts with his troubled past. The constant temptation at his feet of the woman, drugs and alcohol plus the added pressure of being black and in a time warp, and being a role model for young men, women and his community, he must come to grips being accountable for his actions and be a positive rise above negativity.

Not sure if the subject of pimping will fly! How Many characters are Brown? Negative image for persons of color! Character break downs and descriptions. Some content in the dialog is a little to long in my opinion. If financed, who is the Producer you would develop a relationship with to get their interest? What is your budget? As a Sag-Aftra member, I would suggest you contact the Sag-Aftra offices near you to register as a signatory. For me this is the only way I am going to ensure that any Actor Cast is receiving union wages to have their benefits for Health and Pension paid to prepare them for retirement should they choose to do so. I am opposed to non-union casting! Keep on pushing and never give up! Happy Holidays to You and Yours during this Holiday Season! God Bless!

Hey not sure if I am reading the same competition as you but isn't the script supposed to have female protag for Maggie Gyllenhaal to play?

I have Gary's concern. If you cut some of the getting out of jail intro and a little of the ledge exchange there'd be more room for her character and their relationship development. That is, if you're tailoring it for the Jameson contest. It looks like it would play well as a full length feature, with lots more room to get into the pimp as great counselor, which it looks like he is. I like the contrast between Bunny's upscale white privilege and Barry's badass black background. The options from the penthouse and those from the street are way different. Forget who it was who said, "Whites see a shrink. We play the blues."

Thanks Wendy! You get it! That's what I was going for, a man with a troubled past trying to seek redemption by any means necessary. The sucicidal socialite on the verge of ending it all. I had cut out already a page of the jail intro but can prob cut some more. The main conversation takes place on the ledge and that's the gimmac of the piece so I can add on to that dynamic. Being sucicidal was trying to build more for the actor to show her emotional and mental state through non-verbal cues. But, nontheless have a few ideas, will re-post soon!

Hey, reposted with some slight changes! HMU what you think! Thanks for the support!

OK, I don't see it here. Did you post it someplace else? I agree that more of their conflict/relationship development while she's on the ledge would work. It did in Titanic. Maybe she could sass him a little before he goes inside? And it looks like you could do a short version for the Jameson contest and longer for the feature length screenplay. And Just Because I have to talk about it to everyone whom I'm writing today, Carrie Fisher ought to get a Best Supporting Actor nod for her incredibly 3-D, mature and in depth Leia in Star Wars/Force Awakens! Sorry for being off topic!

This is it, I flipped around some writing, the opening is shorter. She accuses him for a moment of flirting with her before he shuts that down. She speaks more of being vulnerable. He shuts her down before he walks in, she's dumbfounded lol. It does copy and pastes odd. Hey, no spoiler alert!!! Have to cover my ears about Star Wars lol.

Wendy, I think i get what you was getting at. Had good friend break it down for me, about to revamp again. Stay tuned.

Yeah, this is good. Hope you place high in Jameson--right after me. :)

Received my reject letter already from Jameson :( Anybody else place??