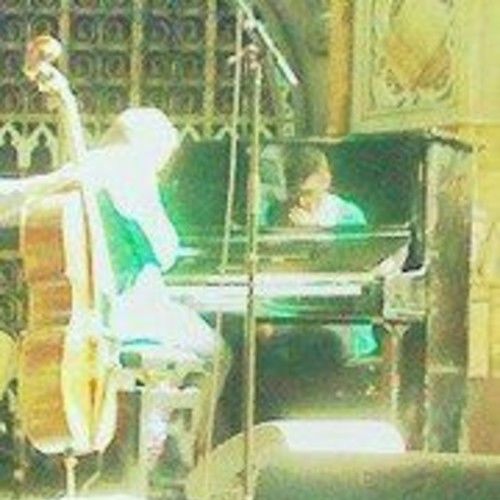 Tom Hodge is a composer, pianist & clarinetist from London.
Tom performs regularly around Europe in various guises. With his electronic chamber music project Piano Interrupted, he has released two albums (Two by Four, The Unified Field) on German experimental record label, Denovali. His ongoing collaboration with Max Cooper has yielded a two EPs, (Fragmented Self & Artefact), out on Fields. And his most recent venture is experimental voice/clarinet/guitar trio Second Moon of Winter. Their debut album, One of Sorrow Two for Joy was released in January 2015 on Denovali.
Tom's debut ballet, a 90 minute symphonic work with choreography by Silvana Schröder, Waiting Room, premiered on the 6th June 2014 at Thüringen Staatsballet in Germany.
Tom has been scoring music to picture for over ten years and his credits include 3 feature films (including the award-winning Common People), a BAFTA-nominated animation Kamiya's Correspondence, a handful of TV themes and over 250 synchronisations in advertising for virtually every major worldwide brand.
Tom's music has also featured in fashion shows around the world including Dior, Valentino, Ellie Saab & Phillip Lim, and in February 2013 Carolina Herrera commissioned an original composition Capriccio for Carolina for her S/S 13 runway show in New York.
Other credits include the classical remix of Daft Punk's Aerodynamic (which remains the only remix ever to be sanctioned by Daft Punk for synchronisation) released in the UK and Australia on Ministry of Sound & Paganini Rocks with Rob da Bank, Tom Middleton and Au Revoir Simone on Sunday Best.
"One of the few voices on the scene capable of not just mimicking the serene beauty of classical music, but of matching its compositional intricacy to boot." Tobias Fischer, Tokafi