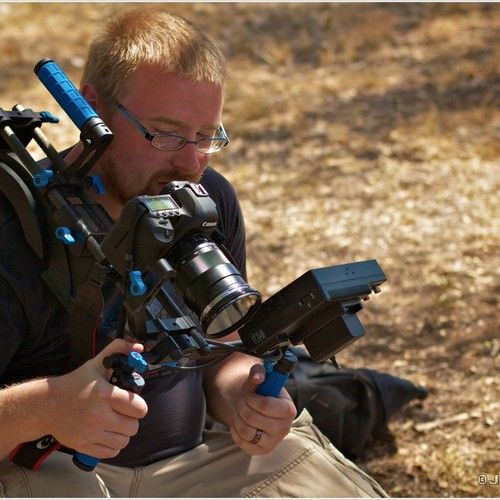 On the existential front: I'm a husband, father, seeker, believer, doubter, writer, hack musician, filmmaker, lost and found human sort of guy. Making movies is what I hope to be doing for a long time. Telling stories. Doing my best to paint humanity in lights both harsh and ugly; forgiving and beautiful. I'm me. Not you. And I'll fail. I'll succeed when I'm not paying attention to failing and then we'll see… It's a journey and I think I just now started paying attention to it.

On the concrete front: I'm a Austin area filmmaker who heads a team of creative types called From The Top Turnbuckle Films. We've produced three short films so far, including Dirge which was created using a grant from CELTX () for their first ever Seeds program. Dirge is also the current demo material for CELTX's software.