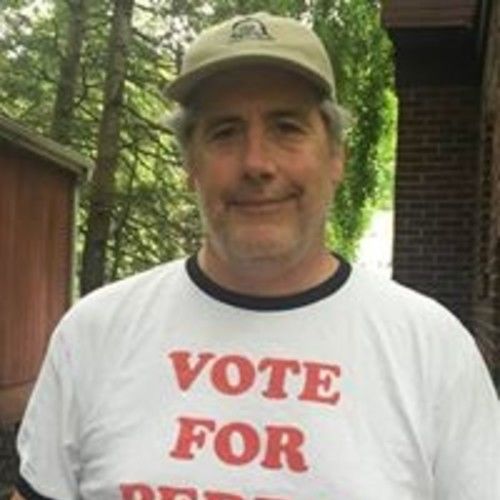 I was born in Davenport, Iowa in 1959, and my family moved to Dublin, California for most of the 60's. From there we moved to Louisville, Kentucky, and finally wound up here in Springfield, Illinois. I'm married to to my beautiful wife; Janice, who puts up with my artistic endeavors, and makes sure I keep my man cave half way respectable. I've played rhythm guitar in a Grateful Dead cover band since the early 80's, except for a ten year hiatus, when I co-wrote my first rock opera, which was based on the early works of a famous English author, who made little furry footed folk famous. Since then we have embarked on a modest rock opera project, turning "The Canterbury Tales" into a futuristic space age thing called "The Cosmic Canterbury Cruise." Our first one of the series, called: "The Colonel's Tale" is now 'band tight' and ready for some singers. The second one has also been completed and is ready and waiting in the wings called "The Mechanic's Tale." Our fourth rock opera called "The Foreman's Tale", is near complete- in case you're wondering- they all kick ass! These projects were co-written with my long time friend and librettist; Bill Lazar.
Last year, oh about February, I woke up from a restless night and had the idea for a television show called "Eden's Outpost."

Unique traits: I've written the music for going on 4 rock operas, and am currently writing a television script for a show my co writer, Edmund Masi and I call "Eden's Outpost."