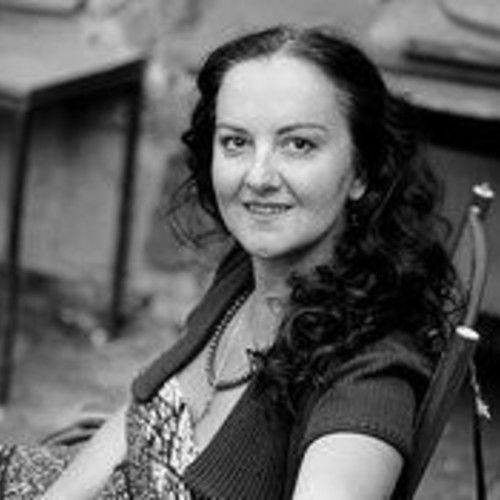 is a photographer, choreographer, dancer and ballet master ()

She was born in Ostrava in the family, who came from Austrian Galicia, from Lvov, in the period after the October Revolution.

She studied dance from early childhood. Tamara enrolled in the study with a focus on classical ballet. She studied also modern dance. At the school she got general knowledge from other artistic disciplines (visual arts, architecture, music). In addition to interesting encounters with the world culture in the Ostrava she often traveled and worked with great professionals of foreign ballet elite (she met and worked with celebrities, such as: Serge Lifar, Boris Bregvadze, Aleksandr Lemberg and many more.)

Afterwards Tamara decided to extend her education. She successfully did test GITIS (The Russian University of Theatre Arts). Despite of all interventions, unfortunately she couldn´t go to Moscow due to the political situation. After the Velvet Revolution she took advantage of the favorable political situation and she expanded her education in JAMU (Janáček Academy of Performing Arts).

After studies, she became a soloist in the Moravian-Silesian National Theatre Ballet ensemble where she was interpreting great roles of leading ballet repertoire. She has an excellent talent to affect the psychology of the characters and she is able to endow the heroine of a deep inward experience, along with high aesthetics and technique of dance (Anna Karenina and Carmen, Svanilda of Coppélia).

She was awarded by several major awards. She was nominated for Dance best performance prize Thálie. She was also a professor at the Janacek Conservatory in Ostrava. Later on she worked also as ballet master in the same theater. She applied her experience from the dance field also as a choreographer. She also worked with the opera ensemble of the The National Moravian-Silesian Theatre in Ostrava.

She started to work also as photographer during the collaboration with the theater. Like in their dance roles, in her pictures she tends to show non-violent way of human emotions and dramatic situations of everyday people life. She strongly inclines to show the beauty and humanity. She exhibits her photographs awarded by prestigious foreign prizes at home and abroad. She is a member of the International Media PRESS and member of the Dance Council CID UNESCO

This text is under CC-BY-SA and the GFDL.