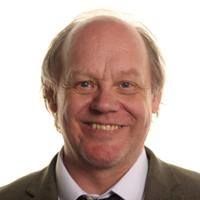 THE PSYCHOMANTEUM: PART 1 IF I CAN'T HAVE YOU, THEN NO ONE CAN.
By Sigurjón Helgi Kristjánsson

Evelyn kicked Ambrose out. Now he's engaged. Reject her once, she's a ponce, reject her twice, pay the price.

THE DOUBLE PSYCHOMANTEUM: PART 1 IF I CAN’T HAVE YOU, THEN NO ONE CAN.

Evelyn (antagonist), had a rough time in an abusive marriage, which started out with her husband cheating on her on their wedding day. After her divorce, she had trust issues, and sabotaged a few relationships, and would always distort the truth of what happened, to make herself look good as well as seem as the victim, playing on the age old adage, “It is always the woman who is the victim, never the man”, and so she became a bi-polar abuser, albeit a person of split personalities.

Our story starts just after they broke up, when her nephew CJ loses it with Ambrose (protagonist) and raises a baseball bat to kill him.

Three years later, Evelyn is finishing her last session of hypnotherapy at Dr. Roberts surgery to help her get over Ambrose.

Then a chance meeting between Ambrose and his girlfriend Loretta, results in Ambrose asking her for her hand in marriage, and they get engaged.

That evening, Ambrose has a meeting with his ex-fiancée Evelyn to end all ties with her by getting her to close their joint bank account. By chance, Evelyn notices a photograph in Ambrose’s wallet when he pays the bill, and jealousy courses through her veins. We are left wondering, if perhaps the hypnotherapy has in fact eradicated her moral inhibitions as she is now out for blood.

That night, Ambrose is shot while in the arms of his beloved Loretta. The police arrive and investigate the matter. Ambrose wakes up in hospital the following day with his beloved Loretta sitting by his bedside. ‒ The police aren’t sure if this was either a crime of passion, or a senseless shooting, and if it was a crime of passion, who was the intended victim? However, after Ambrose recovers, Loretta and he get married. When the case appears to be going cold, Ambrose builds a Psychomanteum Chamber, in which he has an unusual spiritual experience regarding his future. Just after the experience his wife (Loretta) comes home in tears. There has been a bereavement, and they must go and clear the house before their first Christmas together. The house they need to clear, is in the same street that Evelyn lives.

IF USED FOR TELEVISION, It is a good idea, to end episode 1, in the middle of Scene 13 on page 31, just after Ambrose has been shot, and episode 2 at the end of Scene 19 on page 61 at the hospital, just before the police interview Evelyn and take a GSR test, episode 3 ends with the end of this script, and the story then continues in The Double Psychomanteum: Pt. 2 Hell, hath no fury like a woman scorned, where we find episodes 4-7; Else this can be a separate feature with Pt. 2 as a sequel followed by Pt. 3.

Based on the author’s book by the same name.