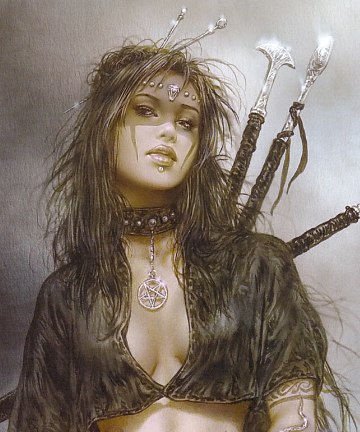 She is immortal, a killer in a squad that throughout time has frequented planets destroying populations. The Grim Reaper mythology revealed, they don't come to kill you, they come to kill all. But when our anti-hero finds Earth does't need the culling she turns against her own kind and begins a battle to save the population from total annihilation.

323, a female immortal Reaper, is born from a flesh printer, raised under the scythe arts, and truly knows the worth of a humanoid populace when she sees it. This time is like all the times before it. No worth.

Sent to a planet to destroy a certain percentage of the populace, the Reaper program was deemed necessary by the Regulators. The energy value was low, even toxic, a complete reset was needed. Like happenings before this, The Asteroid, The Great Flood, Atlantis, The Plague, and others named by humans, they had come and they had killed.

She leads her unit to their target starting point for a dry run. All the Elements are in place, as it takes Earth, Wind, Fire, Water, and Knowledge to complete a mission such as this. The trial goes off without a hitch, but upon her return a colleague reveals a fatal flaw in the entire program. It is unnecessary. The mass killings can stop and natural evolution of psyche replace it, but only if the planets’ inhabitants realize they are not alone in the universe.

Upon this knowledge, she flirts with ignoring the fine print, but when her colleague ends up dead she understands she must act. The Reaper General senses her sudden sympathy and seeks her out, for the death sentence. She escapes to Earth to search for a portal to the Regulators – overseers of the universe.

She battles Samurai Reaper guards on the steps of Ireland before landing at the first portal door, in Monument Valley. She meets a sacred Hopi shaman, but is being pursued so heavily she leaves for his safety. Jumping through space she lands at Chichen Itza Mexico, but is confronted by the werewolves who smell her death and refuse to help her kind. Jumping again she lands in Shangri La.

This ancient timeless place does not release their inhabitants. Once you land in Shangri La, you are kept. She pleads with the immortal Buddhist Monk that there must be a portal to the Other Side. She must warn them there is a mistake, and to stop the total annihilation of the human population. The monk is without answers. 323 finds the portal at the bottom of the lake, with the help of a mysterious magic woman, and the Lady of Lake. She is taken to the Dream World.

There, the Dream Keepers meet her. They will assist her only because the human mind has built the matrix for the entire universe. All consciousness stands on this grid. They send her back to Earth to fight the Grim Reaper General. The Regulators are corrupt and cannot be contacted. Her only hope is to defeat the general.

She lands at the standing stones, with the pale horse, which is ridden by the pale rider. A Grim Reaper battle ensues. She sees the Generals' flaw in vanity and ego and uses it to deceive him. Killing him brutally and stopping the annihilation of the planet.

In the course of the savage bloody scythe battle she loses her arm. Arising out of the depths of the Earth, the Shadow People, materialize a pure silver arm for her. Saving her life, they insist she owes them, later they will call upon it.

323 has killed the Grim Reaper General, but his death has awakened his kin, the King of Elves. A sequel: Addonexus - The Elf War.