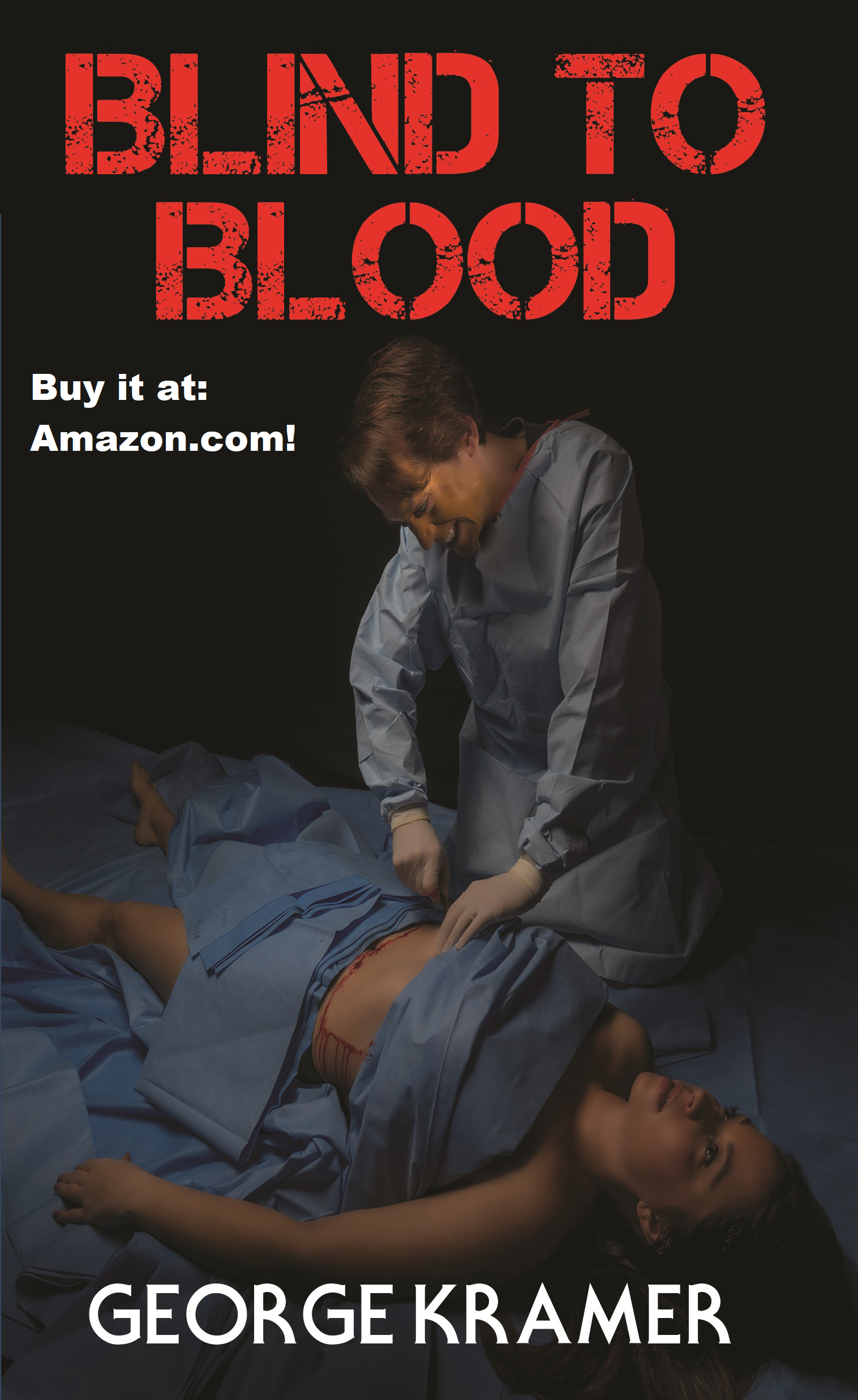 BLIND TO BLOOD
By George Kramer

Ben Berstgel had a job as a tissue procurement specialist. When someone died, he surgically removed their body parts for donation. An anonymous email asked him to recover people’s body parts on the side. He was happy to oblige. However, Ben sought out live people to fulfill his client’s needs.

HI, my name is George Kramer and I have written a medical thriller/horror that I would like to send to you. There are several medical horror movies I could list but all of them aren’t based on real life tissue procurement like Blind to Blood. There are movies about harvesting ORGANS, but not TISSUE. I was a tissue procurement specialist for several years and I used my knowledge of surgically removing body parts from dead people with stunning clarity, medical accuracy, and most importantly, for the general layperson to understand.

Ben was born with a yellow/brown skin discoloration down the entire left side of his body. Subsequently, Ben grew up being bullied, tormented and acquired the nickname “Mustard”. The discoloration caused his father to leave the family and pushed his mother to alcohol. Ben despised his mother. However, during a hospital visit with her, Ben learned about something that changed his life. Tissue procurement. He is interested in the process and lies his way into a job. He is fascinated with removing tissue (skin, bones, tendons, heart, mandible (jaw), pericardium, the peritoneal membrane, and the careful procedures involved in getting it ready for donation). A few years into his job, he receives an email from an unknown source, asking for tissue for clients. They do not care how it is procured or if the donor is alive or dead. Ben uses the opportunity to make some money and to feed his sick desire to kill.

One by one Ben choses his prey, stalks them, subdues them, and before he begins the process, he tells the victims what he is going to do to them, what body parts he is going to take out, and reassures them he is doing the right thing. Additionally Ben talks to the readers and takes us through the sterile techniques and aseptic techniques to ensure the grafts will please the client.

BEN spends his days in the local sanatorium after being arrested for multiple murders. He shares the story of how he got there through a narrative computerized journal which is not chapter based, but through journal dates because Ben cannot use his hands after Detective JAY CLUB damaged them when he was arrested. Find out how Ben manages to escape the sanitarium, and how he is recaptured.

This is a narrative perspective of the serial killer. There are a plethora of voice over movies that were extremely popular; Forrest Gump, Shawshank Redemption, Goodfellas, American Psycho, Deadpool, and Fight Club to name a few.

I believe the enthralling script will appeal to the worldwide medical, thriller, horror, and elevated horror fan base. Please let me know when I can send you the script.