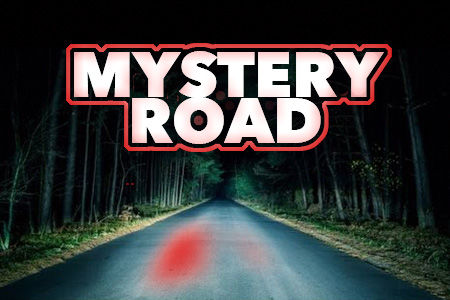 A struggling journalist and her warrior daughter uncover the secrets of a deadly forest where the agendas of a sworn protector, a stranded alien, and a self-proclaimed Goddess collide.

Grace Bly is a journalist who receives the promotion of a lifetime only to come home and find her daughter’s father in bed with Miranda, a raven-haired woman. Distraught, Grace flees and heeds the advice of her estranged Aunt Ginny to come stay at Ginny’s house at the end of Mystery Road. But the long trip forces Grace to rest, and her daughter Cat is kidnapped. In the search for her daughter, Grace is tricked into a cabin by Grympe, an alien stranded on earth.

Sixteen years later, Grace is freed from the cabin where she was in suspended animation. Saving Grace from an eternal sleep is her daughter Cat who is now a teenager and about to receive the mantle of warden, protector of the forest.

Grace’s reappearance is a shock to Aunt Ginny, the veteran warden, and Cat’s surrogate mother. Ginny hoped to reunite with her late-husband and pass the mantle of warden off to Cat, but Grace’s return complicates things.

Ginny tries to keep Grace at a distance, but the journalist’s curiosity leads her deeper into the truth about Mystery Road. Grace and Cat reestablish their relationship which provides a new look at life to Cat, a young woman with a singled minded focus to fight the forces of darkness.

Quietly pulling strings is Grympe, the vengeful alien who seeks a key to free his wife that’s kept hidden by Ginny. Also rising from the shadows is Miranda, the self-proclaimed Goddess who desires passage through a doorway leading back to an alien world where she plans to rule with absolute power.

Grace and Cat are at the intersection of these agendas. Grace develops the power to read any language, meaning she can open the portal for Miranda. Faced with the potential wrath of Miranda or subjecting an entire world to her tyranny, Grace sends the raven-haired woman away.

Miranda walks out to greet her new subjects only to find the alien world a desolate place. Grympe gets his revenge, and Ginny gets her wish, but each in a way that punishes them for their misdeeds.

Grace and Cat begin to live a life as a family for the first time.