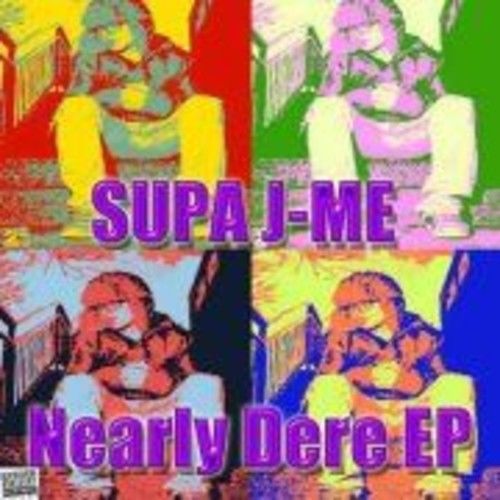 I was brought up on a typical council estate in S.E London by my mum. I attended council run drama schemes until i eventually starred in theatre productions, t.v and modelling campaigns. I always seemed to find myself escaping the harsh realities of life through music. I am a writer/lyricist at heart so have always penned poems, short story's, verses etc so when i moved from London to Fife, Scotland in 2009 after the birth of my daughter i found that i had so much more time on my hands,and as i was not hustling anymore i needed to channel my energy into something positive for her. The whole reason i had moved in the first place was to better her life!! So after 2 years working on building sites as a laborer i finally got to the point where it was now or never, and as i was still writing i decided it was time attempt in succeeding my dreams!! So i kind of found making music as a natural progression. Its to me the only thing i am good at, apart from being a dad. See to me music is a language which is multi-national and a voice which can be truly heard i want and would just love my daughter to grow up understanding that the state may be governed but our verbal capacity to be heard is forever up to us. Let music bring us together. Peace N Love. Teamwork makes dreams work.
Here is a little about my brief history in performing arts, I attended many drama workshops and was accepted into a Sylvia Young summer school in 1997, i also took part in workshop's at the Young Vic Theatre central London.
During two spells at the Bridewell Theatre company in Fleet street London, i was a member of the cast for a play called 'End of the Affair' and 'Eyam' which i was alongside Tom Fletcher now of McFly.
I was briefly involved in a few adverts and modelling campaigns two of which were christmas adverts for Sainsburys in '98 and an impression of the late Tommy Cooper for Michael Barrymore's 'Kids say the funniest things', also a B.H.S back to school poster campaign with a tv advert that run alongside it.... i think back and cringe ahaha :)
An here the bit about how its got to where im at right now!! So With a track i wrote in a day a week before and recorded within three hours, and a video put together by a friend i went on to perform at The Royal Concert Hall Glasgow on the 22nd of Sept 2011. Unfortunately my performance didnt get me through to the next round on the judges votes, but i was awarded a place at the Area final in Manchester with the public wildcard vote. I have continued to write and record with a number of artist's and producer's in the last 8-9 months, it has been amazing and the support is really humbling. I have had local radio play all over the uk and quite a few different DJ's internationally have also been kind enough to play it. So as i search for the elusive festival slot's and hopes of National Radio Play and exposure i will take this moment to say thank you for reading, supporting showing an interest and i hope you enjoy my releases to come
#Mamba My Debut 'Nearly Dere' EP which goes up for free download on Bancamp on the 1st of May 2012 is also going to be available to buy for a price which you feel it is worth. Peace N Love. Dream Big Succeed Much. #IHWT