Bob Rich has been a writer/producer in the creative arts and charity work for 20+ years. He has over 50 short stories and over 100 poems to his credit. He is a Copy Editor at THE TOLUCAN TIMES, so he reviews and edits all the articles prior to publication for this newspaper that's distributed to 125,000 people in Los Angeles each week (online at TolucanTimes.info). His creative writing is often in the style of Magic Realism. in December 2017, Bob released a science-fiction / fantasy mini-novel which he co-wrote with Canadian psychedelic pop musician BILL MAJOROS who goes by the stage name THE FOREIGN FILMS - visit to check out the story. This sci-fi novella that Bob co-wrote is raising funds for the world-renowned GROSSMAN BURN FOUNDATION which is actually discussed in the story itself. Also in December 2017, on behalf of THE TOLUCAN TIMES, Bob interviewed author MARC ZICREE about the expanded edition of his book THE TWILIGHT ZONE COMPANION which is the definitive book about the show. In addition, Bob interviewed actress DAWN WELLS, best known for portraying MARY ANN in the hit TV sitcom GILLIGAN'S ISLAND, for an article published in THE TOLUCAN TIMES in January 2018, and interviewed actress/producer/director GLORIA GIFFORD who has worked with RICHARD PRYOR, EDDIE MURPHY, TRACEY ULLMAN, and co-starred in THIS IS SPINAL TAP, for an article released in May 2019. Later, Bob reviewed many plays, including SHAKESPEARE's HAMLET and CINDY LOU JOHNSON's BRILLIANT TRACES, for THE TOLUCAN TIMES. He also reviews plays for the popular theatre website GIA ON THE MOVE, hosted by MS. TRACEY PALEO, and also reviewed SHAKESPEARE's RICHARD III as a freelance journalist. Bob is working with a producer on a feature film based on one of Bob's stories, and he just completed a picture book for children which an artist has illustrated with watercolor paintings. Bob was one of 54 published prizewinners out of 1,362 writers who submitted their stories and poems to NAJI NAAMAN'S FOUNDATION's 2013 international writing contest. Bob has been published in two volumes of poetry. He studied coursework in film, TV, music, and literature at UCLA, and studied comedy writing at SANTA MONICA COLLEGE. Bob has been a biographical writer in the AMERICAN RED CROSS's missing persons department for eleven years. In 2003, Bob was selected from 900 offices of the AMERICAN RED CROSS to receive the Outstanding Chapter of the Year Award for his effective efforts to inform the public about the AMERICAN RED CROSS's World War II & Holocaust-related family research services. In addition, he composed biographies for STEVEN SPIELBERG’s Holocaust history institute the SHOAH FOUNDATION for three years; and wrote for the LOS ANGELES MUSEUM OF THE HOLOCAUST for three years. He wrote an internationally-published Humanitarian Assistant Manual for the GROSSMAN BURN FOUNDATION and is a member of their Board of Ambassadors to promote their charitable work worldwide. Bob taught elementary school students about storytelling and creative writing at the LOS ANGELES UNIFIED SCHOOL DISTRICT. Bob publicized a benefit concert featuring BRIAN WILSON of THE BEACH BOYS along with members of the bands CHICAGO, AMERICA, and THE EAGLES, which raised funds for cancer charities. He has been a DJ on AM and FM radio, and wrote for the LOS ANGELES MUSIC CENTER's education division. Bob looks forward to continued work in storytelling and philanthropy for many years to come. He has recently been working as a background actor through Central Casting on popular TV shows such as BONES, VEEP (with JULIA LOUIS-DREYFUS), 9-1-1 (with ANGELA BASSETT), THIS IS US, NCIS, and also the feature film BLONDE (featuring ANA DE ARMAS portraying MARILYN MONROE). Bob is available for set construction / dismantling, and he has also been a boom operator for local film productions. He is also a founder of a discussion group on Facebook dedicated to the TV shows BREAKING BAD and BETTER CALL SAUL - dozens of crew members from the two shows participate in the group. In November/December 2017, Bob organized a fan fiction contest in this BREAKING BAD group with the approval of SONY PICTURES TELEVISION and with the awareness of VINCE GILLIGAN. Bob is also a moderator in the TWIN PEAKS discussion group 25 YEARS LATER. 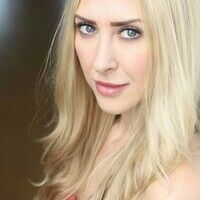 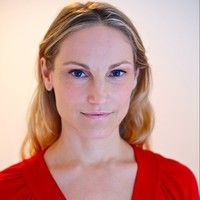 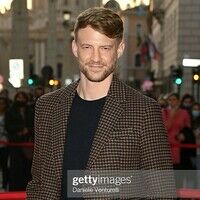