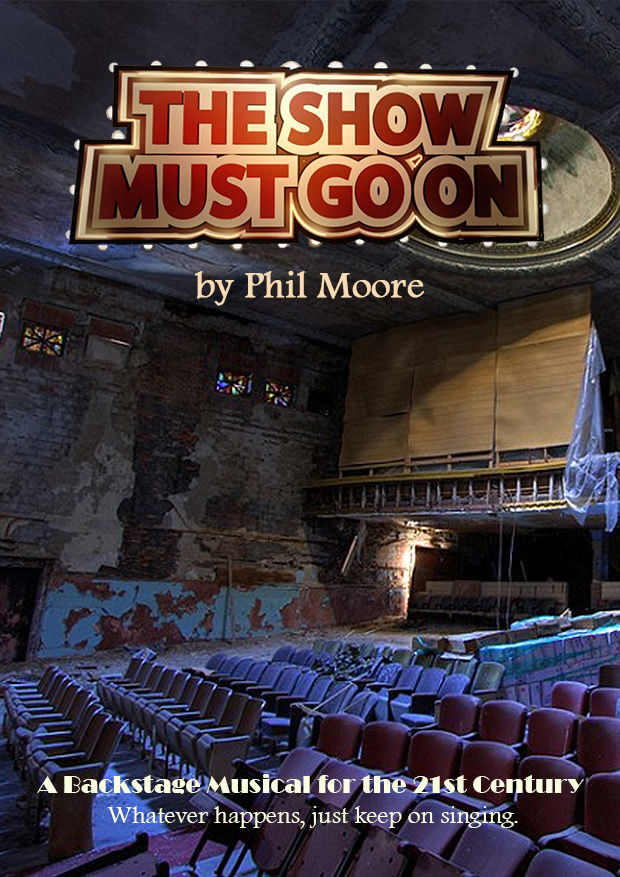 THE SHOW MUST GO ON
By Phil Moore

A Backstage Musical for the 21st Century.
Whatever happens, just keep singing.

Sydney is directing a Rock Musical called 'Pipe Dreams'. They have one week till opening night and nothing is going right. He has a great cast and a great show, but as our story opens he is lumbered with a rundown venue and his leading lady has just walked out. No casting agent will vouch for this troubled production any more, so Sydney finds a new leading lady in Kat. Who better to play a prostitute than a real-life working girl?

As Sydney navigates the many crises, we watch the rehearsals through his eyes, and the show looks spectacular. But as the days wear on, reality overtakes the fantasy, and a harsher truth sets in to the performances … and the music. As people start walking out, he even casts his own teenage daughter just to keep the show alive.

This all comes to a head when the inexperienced Kat runs offstage in the middle of tech rehearsals. The stress finally gets to Sydney and his inner tyrant emerges, exacerbating Kat's already fragile grip on reality. The Show seems destined not to go on, despite all the hard work. But it isn’t about the show any more – people’s lives hang in the balance.

Some people live for the theatre, some will even die for it. Others find real life hard enough.

Music is rock, pop, and jazz. Full online demo available and linked within the script.