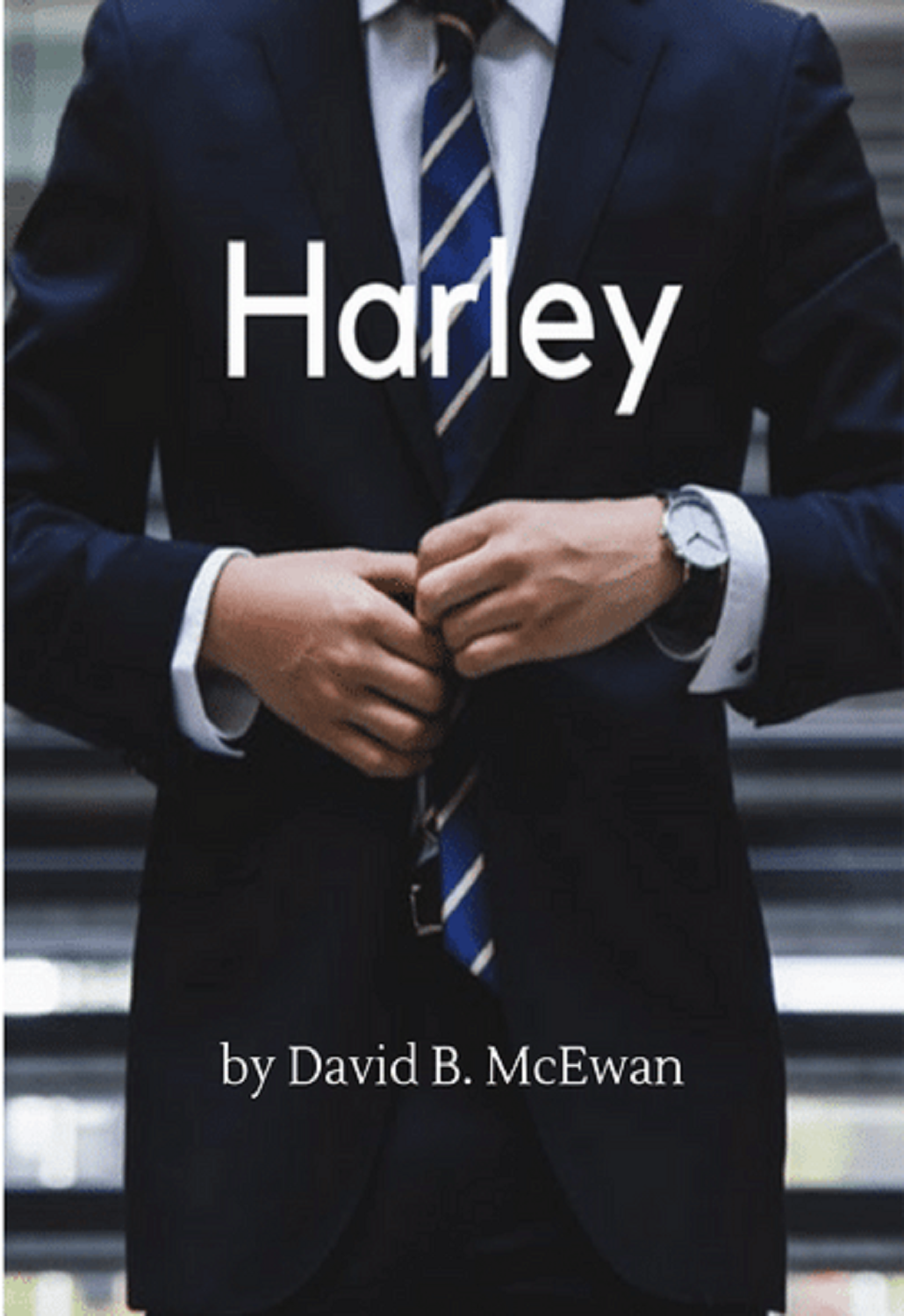 HARLEY
By David B. McEwan

Harley Stonewall Jackson has fought his way to the top, earning entry into the elite worlds of New York money and Washington power on his own terms, earning a reputation as the man you go to when you have nowhere else to turn.

Having grown up dirt poor in rural West Virginia with loads of potential and few prospects, Harley Stonewall Jackson escapes and earns his way into New York's and Washington's most exclusive power circles via Army Ranger School, the battlefields of Iraq, Oxford and MIT.

With his 18th birthday just days behind him and motivated to get out of town real fast, he does what all country boys do when trouble erupts – he hops a freight train. He leaves a loving, but troubled mother behind and what he sees as a 'just' killing and joins the Army, where he finds purpose for the first time in his life and a sense of brotherhood that shapes him into a most exceptional man.

Harley Stonewall Jackson, a proud, direct descendant of Robert E. Lee's favorite General, arrives in New York with a set of unshakable principles and a welcoming Southern manner - easy to underestimate in a world of sharp elbows and moral relativity. His company, Stonewall Solutions, provides him entrance to the highest circles of business and government, where his bold and confident style, take-no-prisoners' attitude and laser sharp intellect, is highly prized and generously compensated.

But with his growing success, Harley chooses to live his life, his way - in one of the few remaining old Brooklyn neighborhoods, filled with real people and gritty, street energy. By reducing his life down to the basics, he’s able to keep his focus and watch his back. He cherishes his neighbors and is fiercely loyal to his adopted community, his devoted shelter dog Connie and the few people he allows into his orbit.

Harley Stonewall Jackson is a man that women find themselves instantly drawn to and men secretly wish they were. He believes that the greatest sin is arrogance and whether he’s in one of his many bespoke suits or his workouts leading a neighborhood Tai Chi class, he’s the same person who knows that certain things – truth, love and loyalty - are absolute and always worth fighting for.