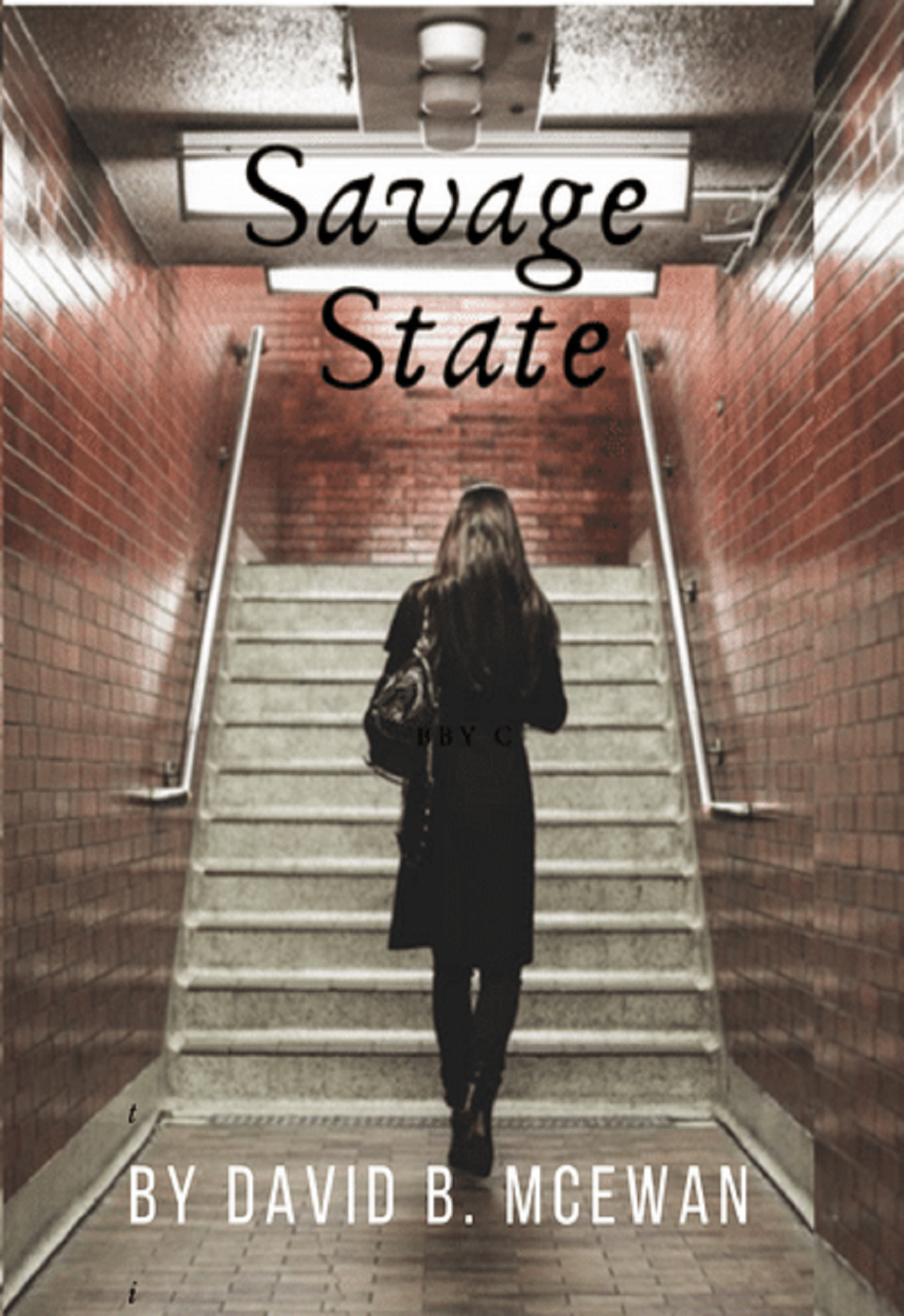 SAVAGE STATE
By David B. McEwan

The life of Alexis Sullivan, rich, powerful and untouchable, is saved late one night by a homeless Vet, propelling his mysterious past into the spotlight and exposing the Sullivan empire to prying eyes.

Joshua Savage, All-American boy, Ivy League graduate and decorated Army Ranger, has fallen off the radar and living on the streets of New York when his life is turned upside down by a chance encounter with Alexis Sullivan, matriarch of the New York Sullivan fortune.

Late one night after an evening out and failed attempts to hail a cab, Alexis makes the quick and life altering decision to get out of the rain and take the subway. What could happen? People do it every day.

Joshua, using a Metro Pass he found on the street, has hunkered down for the night in a secluded and what he believes, is a safe spot in the bowels of the subway, when his solitude is broken by the screams of a woman. When he peeks from his hiding place, he sees a woman surrounded by five men out for a night of hurt and mayhem. Joshua, not immobilized by the fear of normal men, makes the split-second decision to get involved.

His intervention saves the life of a bloody and battered Alexis Sullivan and lands him in hospital with life threatening injuries. As he recovers, the real Joshua emerges, peeling away the layers from a dirty homeless creature, revealing a strikingly handsome, intriguing man. The subway security video goes viral and overnight Joshua becomes a hero to New Yorkers and an uncomfortable global celebrity.

This fateful crossing of paths changes everything for Alexis and her family and thrusts a reluctant, broken hero into the headlines. In the spirit of the Paul Newman classic, From the Terrace, Savage State is the story about how one instinctive, selfless act of courage can set the world spinning in a new direction.