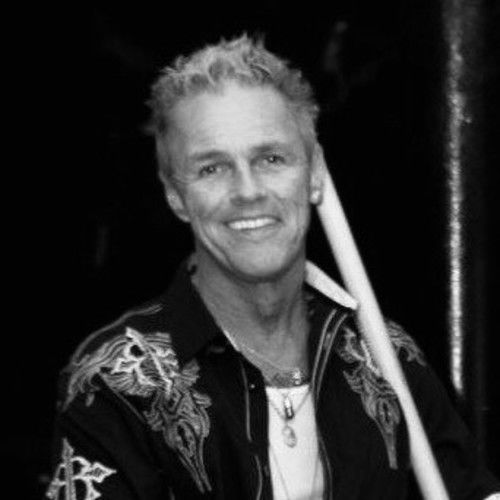 My name is Randy Vaughn I just turned 60 years old this past spring.

Something you need to know about me right up front is that I am a hardworking, honest and compassionate person. I live in a small town in the Midwest, Henderson, KY, where we still hold true the values that built this country.......where a man’s handshake is his bond.

Our community, like many others in small towns throughout this country, has been invaded by the large box stores such as Walmart, Lowes, K-Mart. The result of this influx has been the demise of local mom and pop small business owners. Only a few remain.

Henderson is a beautiful town that sits on the banks of the Ohio River. The potential to create a thriving downtown district is unlimited. Sadly the local business community and Financial Institutions lack the vision, passion and courage it takes to turn things around.

I have been a musician for 51 years. I started playing drums at the age of 9 and through the years learned piano, guitar and vocals. But despite my passion for music I learned early in life that my primary responsibility was to support and care for my family. I was fortunate enough at an early age I learned I had to balance my life between what I loved to do ........and what I had to do.

In the spring of 2011 I purchased, at an auction, a three story building located in the downtown business district. Sadly to say this was a local mom and pop Hardware Store that had been in business for 4 generations. The building originally was a manufacturing facility for John Deer Buggies and Carriages. Later after the introduction of the automobile it was converted into a furniture manufacturing plant by George Delker. Hence the name ……….” Delkers”

My plans were to open a Music Venue/Eatery. A place of retirement where I could meet with friends , play music and enjoy what years I had left when and if that retirement date came.

Up to this point in my life I had worked since the age of 13. Yes I started playing drums in local Honky Tonks at an early age. Throughout the next 40 some odd years I was a salesman. Through various changes of employment I sold Audio Video products, Plumbing Supplies, Fasteners and cars. I eventually became a Industrial Product Support Specialist ……..(fancy name for Salesman) This became my means of support for my family up until the fall of 2014 when I injured my knee on a jobsite while employed with a very large corporation out of New Bremen,OH …….I was 58 at the time. Needless to say after my injury I was viewed by my employer as a liability and , as my attorney put it, it was just a matter of time before they found a way to dispose of me. One thing you should know about my work history is that prior to my termination I was Salesman of the year in my division for 2012 , 2013 and in 2014 and I was in the running to win it for the third consecutive year. I was the top producer over other territories such as Cincinnati, Indianapolis, Louisville and Lexington that were two to three times the size of my territory. After having knee surgery I returned to work with light duty. I was put on display in the office and was assigned the degrading task of removing staples from documents , scanning them, and then refiling them. I did this for 8 weeks. I was eventually allowed to return to my original position in outside sales. But with expectations and sales quota’s that the company and I both knew were unattainable. Little did I know that over the next three months the company was monitoring my emails, text messages, voicemails, phone calls and tracking my location daily with GPS. After those three months I was called into a meeting and was put through a 2-hour inquisition by five different individuals in management and was terminated. I was terminated on small technicalities such as inaccuracies in my call reports and conflicting dates and times. They knew this was my weak point because I have ADHD. Previously I had stated that I was assigned sales quota’s that were looked upon as unreachable. Well the ironic thing about it is that at the time of this inquisition my sales numbers were 25% OVER quota and were on track to be 43% over the assigned goal at the end of the month. I brought this to the attention of my supervisor and I was told very bluntly “ We are not here to discuss your sales numbers.”

At that point the Music Venue I had been working on went from being a retirement project to my only means of income. My wife had just retired from a position at the local newspaper after 34 years.

Our personal investment to this point has been well over $250,000.00 I have since sold a custom Harley Davidson Motorcycle, a Vintage 1963 Volkswagon Bus, rental property, various musical equipment and instruments and have totally depleted our retirement fund.

I have somehow survived the first two years but it has financially drained me to the point that I have been forced to seek outside assistance. Believe me when I say .....this is not an easy thing for me to do. .

For me to have worked so hard and get this far just to have it all slip away would surely leave a permanent scar on me emotionally.

I have followed my vision and plan to the tee and there is still much more to do. I have the strength, drive , determination and passion to succeed .............I just don't have the capital.

You can read this and get a general idea of my situation but to truly understand my story you need to know me and the type of person I am. Search on Facebook and find my personal page Randy Vaughn and my business page Delker's Bar & Music Venue ( Delkers has a 4.8 out of 5-star rating out of 78 reviews) and a second page (my sandwich shop) The Alley and you will discover through the words of my friends and the community that I have and continue to give it everything humanly possible. As the old saying goes ....." I am not asking for a handout......I'm asking for a leg up.

“ If I failed tomorrow I could walk away with my head held high knowing in my heart I had given it all I had …………or did I?” 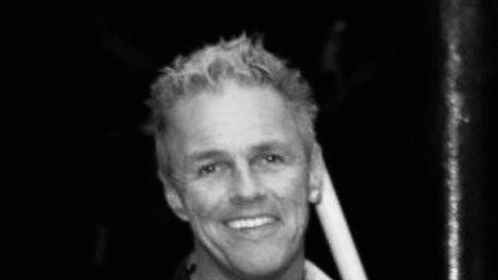