I am a stage and film actor, as well as a film director. I have been in a feature;, "Courting Des Moines"; two web series's, "Outed", and "EMBEDS"; and a television series, "Play by Play". The two biggest plays I've been in are, "Hooded or Being Black for Dummies", which was my first professional play and I had the lead role of Marquis (pronounced Mar-key), and a musical "Mel Brooks Young Frankenstein", which rehearsal starts soon for that. 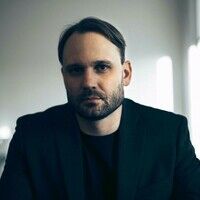