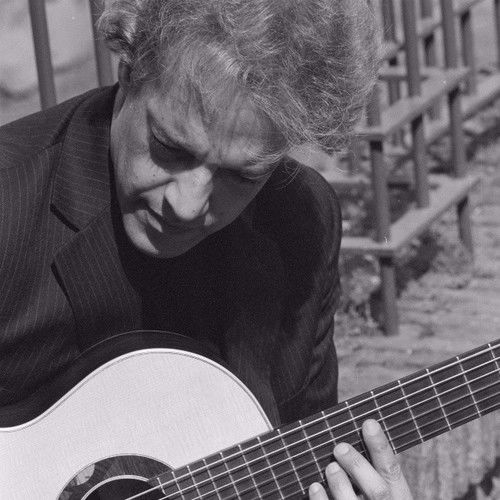 A very original and unique meeting with the guitar , just at the age of eight years (he sow “her” hanging on a rope into a bazaar of Congonhas – Unesco Property- that sold many kinds of objects) left him dazzled and indelibly marks his destiny as artist.
Marcos begins his brilliant career as the very young winner of the prestigious international Guitar competition “Villa Lobos” and he was awarded with Certificate of Merit at the Chigiana Music Academy of Siena, Italy, being the best pupil of Oscar Ghiglia.
Right from the start, he gives concerts all over the world, including: State of Vatican City, Spain, Serbia, Montenegro, Mongolia, Ukraine, Austria, United Kingdom, Finland, Turkey, Peru, Cyprus, Poland, Italy, Palestina, Israel, Yugoslavia, USA and China (where he is the Artistic Consultant of the Xi’An Baroque School of Music, and where he was one of the few performers at prestigious locations, like: Music Concert Hall into the National Library of China, Music Concert Hall at Beijing University and at Music Concert Hall in Ningbo) .
Among the most impressive locations where he has performed his recitals, there are the Wigmore Hall in London (so dear to Julian Bream) and the Headquarters of United Nations, in New York.
The prestigious publisher Carrara (distribuited by Schott Music) has dedicated to him a series, the “Marcos Vinicius Guitar Collection”, including several transcriptions (Telemann, Rossini, Bach, Georg Haendel, Weiss, Sanz, Paganini, Penambuco), many original compositions and technical guitar treatises.
He also gives cooperations in Italy with Pongo Classica, Rugginenti Editore, Preludio Music, Sonitus; in Canada with Doz Productions; in Spain with Periferia Sheet Music.

Due to his talent as composer, also for wind and string instruments, as well as for chamber music groups – duo and quartets – he has been appointed with some important awards as “Premio Bolgheri Melody” (that has been assigned also to Gianna Nannini and to the ex-president of Italy Carlo Azeglio Ciampi) and “ REA Award””, during the famous Sanremo Music Festival.

In 1992 , thanks to the performance of the Concierto de Aranjuez by Joaquin Rodrigo (who to thank him, invited him personally in his summer residence), together with the Brazilian Symphony Orchestra, he deserves the brazilian critic award as “ Best Solo player 1992”.

In 2004 in Milan he is protagonist in a Messa-concert performed in the church organized by the Brazilian Cultural Institute in Milan to celebrate Ayrton Senna, his compatriot prematurely dead.

In 2010 he becomes testimonial for ONU and FAO for the World Food Day. He makes his performance in Gerico – the most ancient town in the world – in occasion of its 10,000 years age. And, after, at the United Nations Headquarters in New York, in front of the Secretary Mr. Ban Ki Moon and FAO Director General Mr. Jacques Diouf.

In the other ooccasion of the International Food Day, he is invited as special guest to make a performance together with Dee Dee Bridgwater, while Jeremy Irons is declared Goodwill Ambassador, at the presence of Carl Lewis, Carla Fracci, Gina Lollobrigida, Pietro Mennea, Nino Benvenuti, Céline Dion, Roberto Baggio. They all together were testimonials on the radio-tv campaing in favour of FAO projects in the Horn of Africa.

Among the most important orchestra- cooperations, to be mentioned the “Pernambuco Symphony Orchestra, the “Minas Gerais Symphony Orchestra”, the “Orchestra Sinfonica Italiana” and the “ Kiev Symphony Orchestra” as well as his several outstanding performances in the main towns in Brazil as Sao Paulo, Rio de Janeiro, Belo Horizonte, Recife, Olinda, Belém and Florianopolis; in Turkey at the prestigious Cemal Resit Rey Concert Hall in Istambul.

Very recently, fascinated by the vocality tone colour (he also sang as tenor when he was young), he has composed a magnificent “Ave Maria”, for mix choir. This inspired piece of music was the winner at the prestigious Vicktoria International Choir Exhibition Festival in Kiev. After that, Vinicius continued to compose many others vocal works, like complete Messa, Salve Regina, Anima Christi, and others for vocal music.
Recently he received the prestigious award “The gift of the Humanity “ for his activity in support of human rights worldwide; and he is also one of few Honorary Members of international Association “Stop Veils Shout Liberty”.
He is the President of the Classic Guitar Academy of Milan and the Artistic Director and teacher for Pre Academic and High Level courses at the International Academy of Music and Art of Rome and Palestrina International Academy of Music.
He is awarded with Padre Pio Award 2015.

Some international press reviews about him:

“…more than his virtuosity Vinicius offers to our listening sounds hidden among the cords of this wonderful instrument.”
Riccardo Chailly, Director of the Royal Concertgbouw, Amsterdam

“…there is a short part of his path where Vinicius not only passes through the music of other people, but inside himself. Everything is poetic, noble, in his eloquent phrasing, in his tone-colour fantasy…”
“With his new CD “Viola Violar” Vinicius might move Pfilzner of Hindemith too: you can imagine what about us! In his album there is a tone-colour so warm and fascinating to inflame and exalte our feeling.”
Gian Mario Benzing, Corriere della Sera, Italy

“ this artist mainly strikes us by his phrasing limpidity and sound quality, which is not an easy aim on six cords. The beauty of his “touch” creates atmosphere, colour, warmth, romance, and his music goes straight to your heart.”
Pino Pignata, Famiglia Cristiana, Italy

“the brazilian Marcos Vinicius, the most famous virtuoso soloist of the new international generation of guitar players, presents in “Dedicatoria”, gently and with art and pleasure, eighteen works which, ideally following the thread of life, bind pieces from Paetorius to Sanz, from Borges to Rodrigo, from Brouwer to Granados.”
Direct Rriflections, Revista del Bose Club

“…european refined tastes, an english lord appeal, which could take in by appearances: during his performance, he is taken by an enchantment, showing his brazilian sensitivity, like a full-sounding canvas that fascinates the listeners, which hardly may resurface to reality.”
Fabio Germinaro, Musibrasil

“ …a unique power in his hands: through the Music, being carried away into a dream, leaving behind the world that surrounds us.”
Giornale dell’Alto Milanese

“…he shows a very rich and enchanting tone-colour peculiarity. Anything he plays is moved by his personal fresh and charming sound, showing a deep care to create the particular nuance of his so eloquent phrasing, because, first of all, Vinicius seems to be a passionate ballader.”
Corriere della Sera (ViviMilano, Classical Records)

“…it is quite impossible to find any arrogance or the caprices of a prima donna, but the modesty of who is playing with Love, with Enjoyment and with Respect, in the aim of entering into an inviolable friendship with the silence.”
Davide Ielmini, La Prealpina

“…through his consummate technique, Marcos uses the music as a language to establish relationships, in a merge with his instrument, by cancelling the feeling of invisible limit that often raises between the performer and the listener.”
Marco Cinque, Il Manifesto

“...he can convey the amazing musicality of brazilian composers by his rhythmic scansion, his phrasing, the brightness of the language of his guitar, his ability to communicate with the great music: he is a unique gift to the humanity.”
Alessandro Colombo 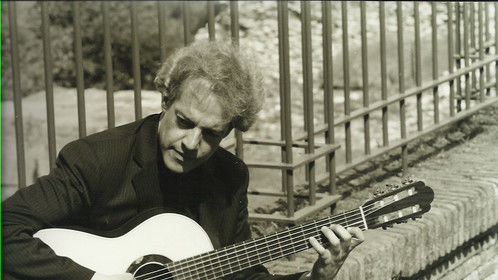 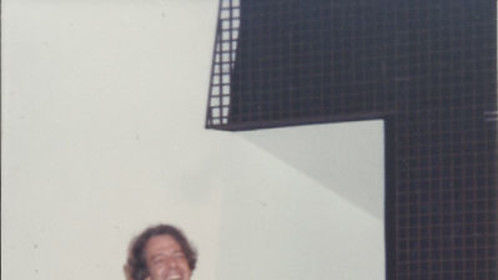 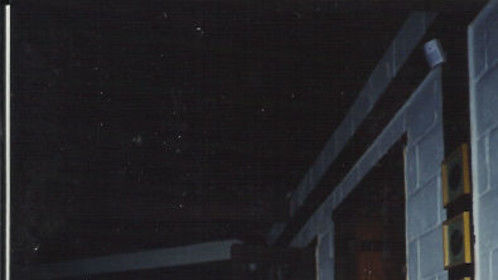 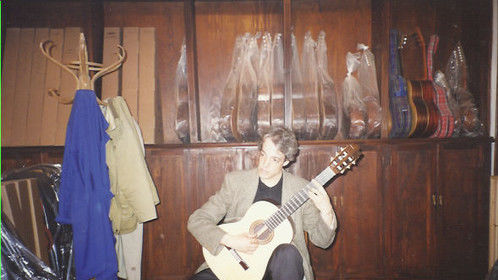