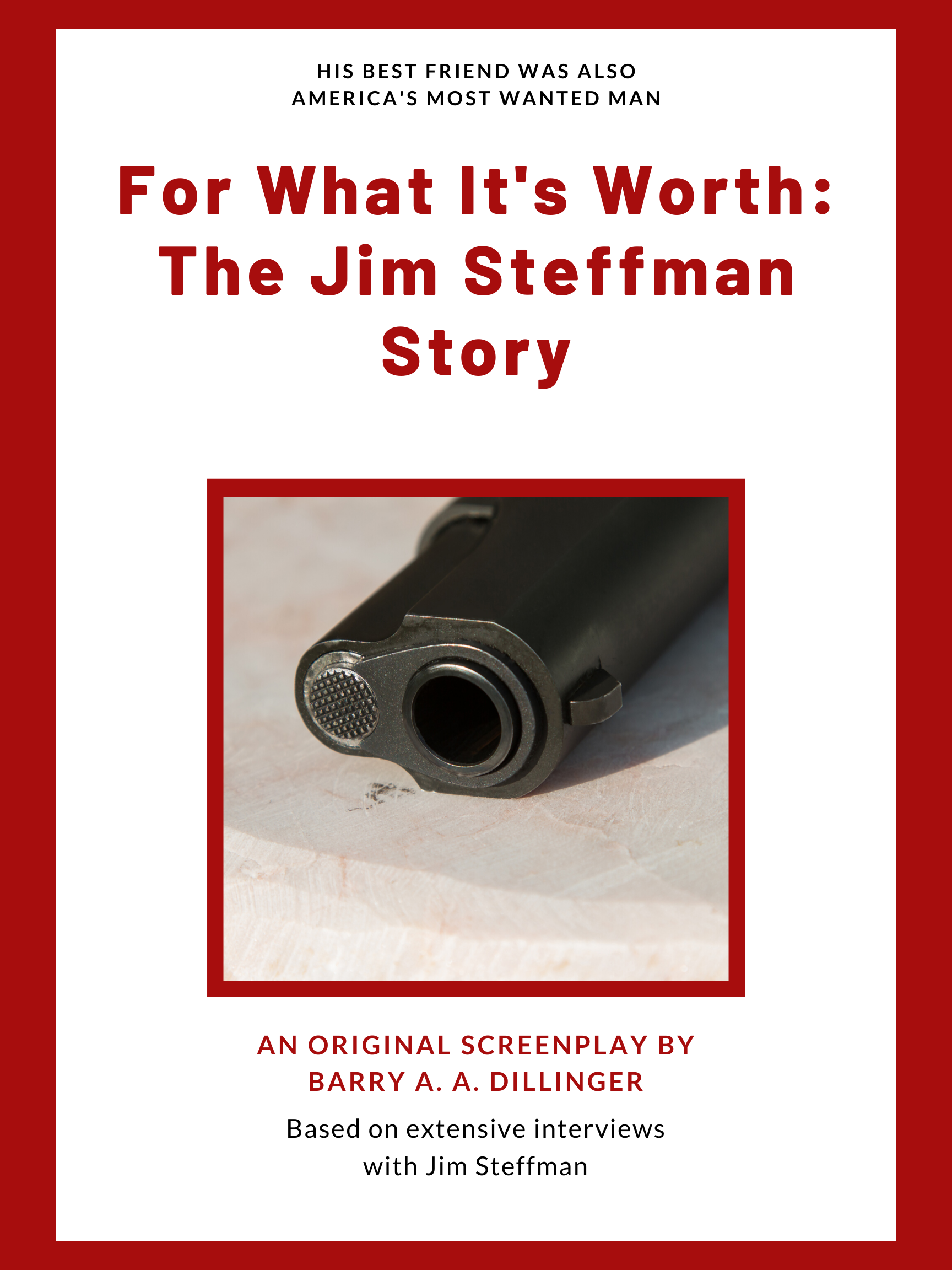 FOR WHAT IT'S WORTH: THE JIM STEFFMAN STORY
By Barry A.A. Dillinger

True story of Connecticut businessman, Jim Steffman, who is inadvertently pulled into the world of the Gambino and Patriarcha crime families after befriending a man named John Hurley...America's most wanted man.

This script is based on the true story of Connecticut businessman, Jim Steffman, and his accidental entanglements with both organized crime and the Drug Enforcement Agency (DEA). Steffman’s book, entitled “Shadow of DEAth,” follows his decades-long struggles with the DEA after the fateful day of his chance meeting with a man named John Hurley.

Hurley, whose real name was Salvatore Michael Caruana, was the subject of a massive law enforcement manhunt and was America’s Most Wanted man. After Steffman befriends Hurley, he inadvertently involves the wanted man in his business affairs by asking for his help when he purchases a club previously owned by the Rhode Island crime family, the Patriarchas. In an effort to alleviate his problems, Steffman only makes them worse when he hires a man to manage the club who is a member of the Gambino clan.

Steffman’s problems escalate even further when Hurley unexpectedly announces that he will be leaving Connecticut after the feds had located his home in Maine and he was now going to “disappear.” But before he departs, he asks Steffman to do a few things for him. In the same conversation, Hurley reveals his true name and warns him that he will now be the prime interest of the American government.

After Hurley’s departure, agents of the DEA show up at Steffman’s business and the fireworks really begin, culminating in the ruination of the businessman’s holdings, companies, marriage and even his health. After being shot in the stomach by one of the agents in a parking garage, Steffman realizes that the government will stop at nothing to find Salvatore Caruana, even if it kills him.

I spent eight months interviewing Jim and writing down many of his recollections. This script is the result of our meetings.

FOR WHAT IT'S WORTH: THE JIM STEFFMAN STORY