I started out as an actress and voice actress (Sun Studio, Fred Butter Studio, SDI Media) twelve years ago, and then developed an interest in the processes behind the scenes of film and theatre. While working mostly as a theatrical/arts event producer in the Netherlands for the past five years, I have also worked in film as script supervisor (e.g. Mijn Vader is een Detective: The Battle from Amsterdam Films), floor manager and production assistant. Now based in New Zealand and looking for work in the film industry. 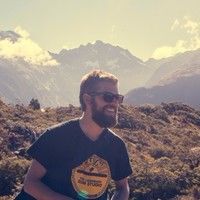