Joseph O Oladugba (Known as Josy-King) is a Producer, Music video director and Artist Manager. He is the founder and CEO of J-World ntertainment, an entertainment Company that specializes in music, television, video production, Award and events. He is also the founder and CEO of J-World Records, a record label, CEO of J-World Production, a Music production Company. He is a graduate of mass communication from the University of Lagos. He directed 40 episodes of the TV series House of saga. Joseph has directed music videos for recording artists across an array of genres and generations. Joseph has also shot a good number of documentaries, TV commercials, short films, and TV features. He also has a list of artist roster both in Nigeria and international. 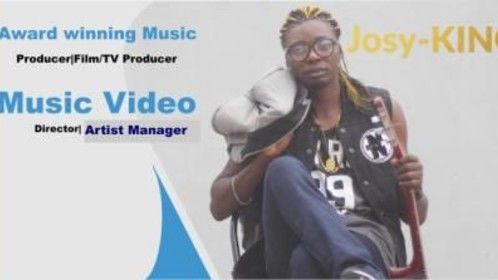