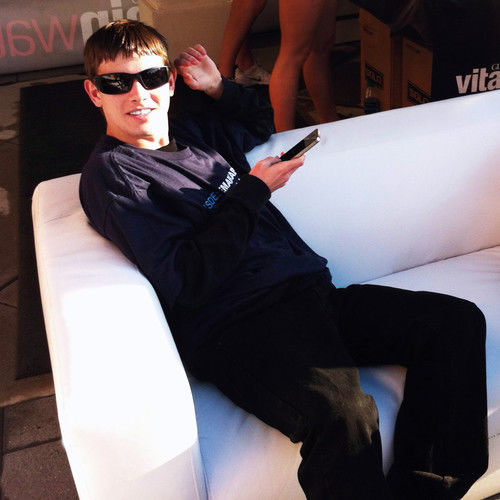 I'm Max, I'm an independent filmmaker and photographer. I'm 20 (very young I know!) however I have a great deal of experience in both film and photography, I've been working in the medium since I was 10 years old.

I have started my own production company, Zitech Films, and my main goal with this is to eventually direct, produce, and write my own major Hollywood films as well as bring up new talent. I'd like to create an attitude the differs from today's studios and makes films that are original, inspire, reinvent, and push limits and completely take you away, films that can do this are few and far between and the ones that can are truly inspiring to me, filmmakers such as George Lucas (Star Wars), Steven Spielberg (Saving Private Ryan, War of the Worlds, Minority Report), Peter Jackson (Lord of the Rings), Zack Snyder (Watchmen, 300, Sucker Punch) Christopher Nolan (The Dark Knight, Inception), James Cameron (Avatar, Titanic), etc. are all amazing examples of movie making at such a high level and each with their own signature style.

There are so many films that even major directors like that ones I mentioned want to make that studios won't green-light because of originality and the scale of the production, as well as aspiring actors and directors that have so much talent but can't get noticed or funded. It's my goal to fix this and bring a new attitude to the film industry, a new younger generation that has 21st century viewpoints. I am well aware that this an extraordinarily large and ambitious goal but it's something I am determined to do and very committed to.

In all of these things I really like a wide range of styles and am extremely eclectic so I don't have a set style I do all my work in.

To me a positive, fun, working environment is everything, it really reflects in the end product and enjoying who you work with and what you do is really important. When working with me it's much more of a collaborative experience making you as much a part of the project as you'd like, you're not just a piece of the project, you're important and you matter. Also something so rare to find in the entertainment industry is loyalty and principles which to me you can't put a price on, I believe in standing by them and not selling out. I've been fortunate enough to work with some super talented people and one thing I will never stop doing is giving the people I work with credit and respecting them, without people believing in you, you can't get anywhere. I will always go the extra mile for you and do everything in my power to help push your carrier forward.

I hope to be able to one day turn this into a major studio and hopefully have an impact on peoples lives and inspire them to do what they want to do and not give up. I would love for you to be a part of it.

Thanks so much and feel free to ask any questions,
Max
CEO of Zitech Films