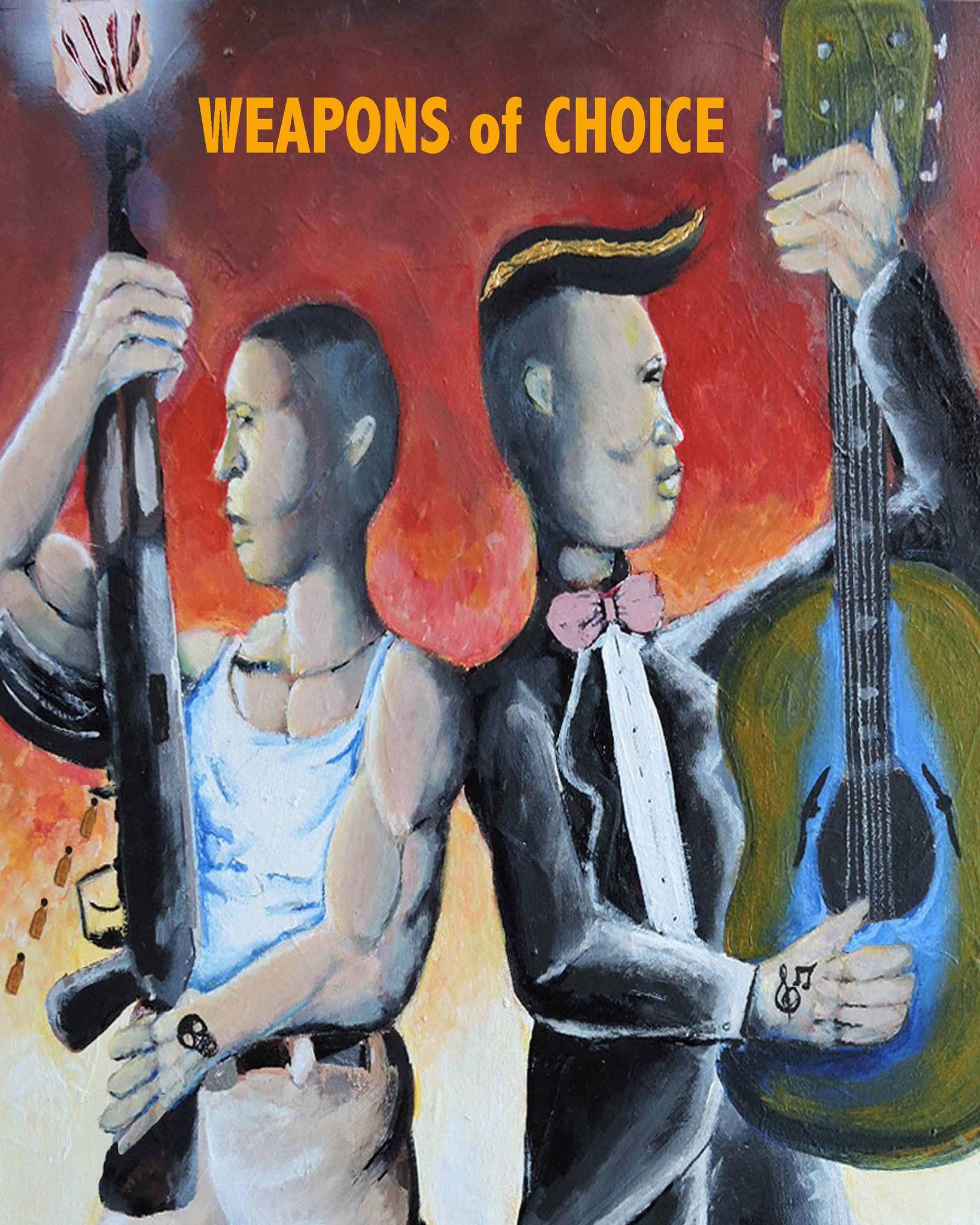 WEAPONS OF CHOICE
By Chris Candelario

Barrio and Valie witness the ruthless gangster, Stiletto, gun down their father Cezário Garcio, which sets revenge in the older son's heart, but the younger son desires to make a positive future through enhancing his culture starting with his musical talent of performing classical guitar concerts.

The story takes place in and around Albuquerque, New Mexico and the Southwest USA (the home of Breaking Bad and Better Call Saul).

Barrio learns the gangster business from Stiletto with the ultimate goal to kill El Jefe and take over the South Valley drug business. With natural charm, Barrio works on building up his body to impress the babes, but especially Cataluña, the girl next door. Barrio scissor kicks into becoming a Mixed Martial Arts champion.

Valie plays classical guitar in the Youth Symphony and soon develops a love interest with the teen flutist, Krysana Vermilion. The young couple soon excels at the elite sport of tennis and instantly bond to discover – love, set, match.

Krysana's mother, Madam Saveen Vermilion, straightaway takes an ingrained prejudice against Valie and will do whatever she can to separate her daughter from him.

The Garcio's mother, Madria, soon loses control and influence over Barrio. Now, she focuses her attention on Valie to support his positive life goals. Valie and Krysana's romance steams to the point where Madam Vermilion plots to ship her off to Europe to a private school.

The main law enforcement, Sheriff Kiko Kapistrano, grows resolute to eradicate the illegal drugs from the South Valley. The beautiful Sheriff's Deputy, Caolin Aislin, will be gunned down in the first episode but returns throughout the series as an Ethereal Being, manipulating the death of the bad guys and attempting to give a moral compass to Barrio.

Barrio embroils himself deeper into Stiletto's gang to the point of no return. With El Jefe, he robs a pharmacy of a quarter of a million dollars in OxyContin. To complete the elder brother's initiation, Stiletto orders Barrio to assassinate two traitors in El Jefe's gang. chriscandelario@hotmail.com