I'm a filmmaker from Trinidad and Tobago known for A Story About Wendy (Parts 1 and 2) and the international award winning film Trafficked (2015), which I wrote, directed, co-produced and co-executive produced.

I am currently working on the pilot for a mini-series called The Weekend, and hoping to start writing my next feature, which I hope to shoot in Canada in 2018. 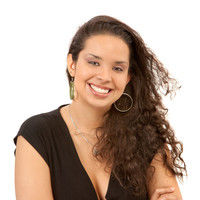