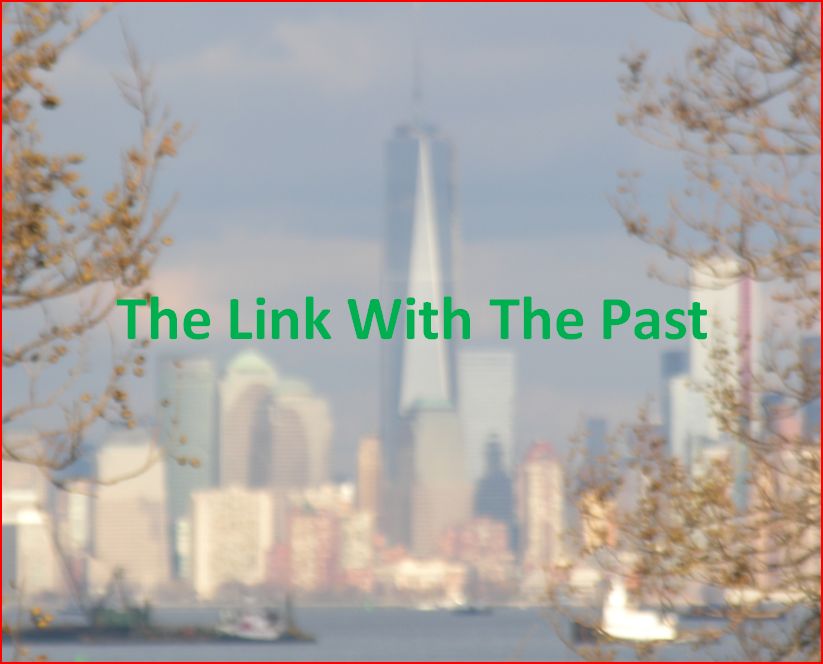 A LINK WITH THE PAST
By Robert Sacchi

In 1850 Ireland a 14-year-old Bridget O'Connor is by the ruins of an ancient castle. She looks out at the ocean and realizes she will never see this again because her family is emigrating to America.

Present day America. Cathy MacGrew, 49, is Bridget's last living descendent. Cathy feels she has nothing to show for her life. She gets an inspiration to go on a once in a lifetime vacation to Ireland.

On the last full day in Ireland the tour takes her to the same ruins and sees the same view Bridget saw on her last day at her Irish home. Cathy gets the feeling she has been to this place before.

In 1850 Bridget draws a surrealistic picture of people flying on a giant bird. Bridget's mother scolds her for wasting time doodling.

On a rainy day, while Cathy is organizing the main closet in her apartment, she comes across a painting she began when she was a teenager. The painting appears to be the same scene Cathy saw in Ireland.

In a flashback it is the evening of Cathy's high school graduation. When Cathy expresses her wish to be an artist one aunt mocks her and another aunt explains it's a bad idea.

Cathy resumes work on her painting. She makes a series of paintings.

Back at work the situation isn't good. Another company took over her company. The company line is no one lost their job. There are no mass lay offs but a few people at a time get pink slips.

Cathy decides to try to sell her paintings. She finds the effort fun and makes a small profit. Each of her paintings has a picture of Bridget.

Bridget is having a terrible time in New York. The family lives in squalor. Her father turned to drinking. A childhood friend becomes a prostitute.

Cathy paints a series of paintings set in mid-19th century New York. These scenes are scenes of what Bridget has seen.

Bridget seems at the end of her rope. While praying she sees a vision. She makes a drawing of what she saw. It is a surrealistic drawing of Manhattan Island as a large castle. The Hudson and East Rivers serve as moats. There are numerous draw bridges around the castle.

Cathy gets laid off. She has built up her art hobby so there is little financial impact for her. Cathy wonders what her next series of paintings will be.

A LINK WITH THE PAST

I see a premise but neither crisis nor stakes.

D. E. Jackson - Thank you for your input. Would this be headed in the wrong direction:

D. E. Jackson , thank you, much to think about.