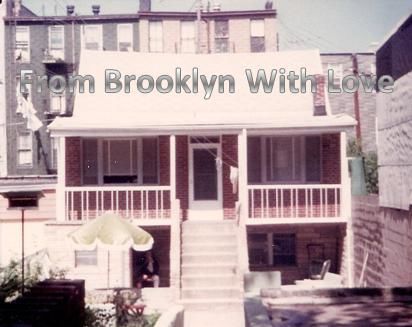 FROM BROOKLYN WITH LOVE
By Robert Sacchi

Set in Brooklyn, NY, 1964.  A ‘housewife’ with two children and her sister an office worker see a movie together.  During the movie they see themselves as the female characters in an Action/Adventure.

FROM BROOKLYN WITH LOVE SYNOPSIS

It is a dreary summer day in Brooklyn, 1964. Alice, a 26 year-old housewife with two children, a rambunctious 4 year-old boy and a 14 month old girl. Alice has a difficult time taking care of her children. Meanwhile, MOLLY, Alice’s sister, a 30 year-old officer worker, is having a typical boring day at the office. She notices her 60 year-old co-worker and wonders if that will be her in the future.

Alice thinks back to her grammar school days. She reads to the class a make believe biography of a woman. That woman had two children and the next significant event in her life was her death. On the commute home Molly notices elderly women who seem to be older versions of her.

After the movie Alice and Molly step out of the theater smiling. The rain has stopped and the streets look clean and colorful.

The movie closes with a series of pictures in chronological order that show Alice and Molly traveled to many interesting places and did many fun things during their lives.

FROM BROOKLYN WITH LOVE