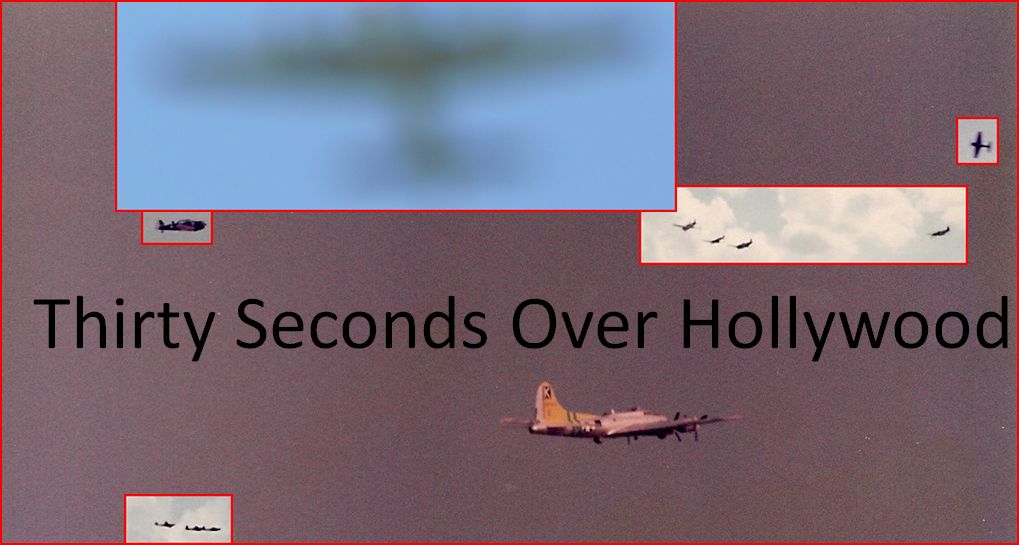 It is the eve of World War II.

The British are having a ball at an ENGLISH MANOR HOUSE. The French are enjoying the Paris night life. The Germans are plotting world conquest.

A cartoon illustrates the German conquests.

PILOT OFFICER WILLIAM WINDSOR scores his first air to air victories during the prelude to the Battle of Britain. On Eagle Day the Germans send out an air armada against England. In a zany air combat the RAF shoots down most of the Luftwaffe airplanes. The surviving German aircraft are badly shot up.

In Morocco on the eve of the U.S. entry into the war RICHARD owns a night club. BRIDGET shows up with her husband, GABRIEL. They need to get to England so GABRIEL can inspire French resistance with radio messages. At the Airport BRIDGET shoots RICHARD dead. This cold blooded act convinces the German General they must be German spies.

American troops have little regard for British frugality and experience. On a bombing mission the Luftwaffe fighters are easy targets for the American B-17 gunners. Some Americans are killed by flack when they talk about their plans after the war.

With the Normandy invasion imminent the Germans have developed radar controlled anti-aircraft system. The RAF attempts to bomb the radar control site but bad luck foils their plan. WILLIAM WINDSOR and his crew are shot down, bail out, and evade capture.

The Americans send in a commando team. BRIDGET, their person inside France, links up with them. The team successfully takes out the radar site.

WILLIAM WINDSOR and his crew steal a German bomber and fly to the channel. Over the channel they spot a German seaplane, which is a captured seaplane that is taking the American commando team home. The allied flown German planes shoot each other down. The crews make it to a buoy where they are rescued by the Royal Navy. They are sailing home as the Allies are sailing to Normandy for the D-Day invasion.