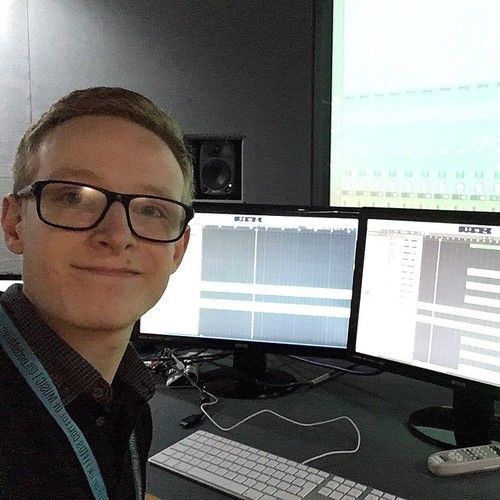 Mitch Gardner is a 21 year old composer currently in his first year of studying Film Music at Leeds College of Music. Mitch can Play the piano, drums, clarinet, guitar, bass guitar and flute.
Mitch’s venture into music for the moving image started in January 2016 when he decided that he would like to study music at a degree level. For his audition at Leeds College of Music, Mitch re-composed the music to a few short films. These include Blender’s “Big Buck Bunny” and Sintel”, Eugenia Loli’s “Drifters of the Deep” and “Fetch: A Very Short Film” by Mescaline Studios. Since being accepted onto the course with an unconditional offer, Mitch has recomposed the music to a scene from Wallace and Gromit - The Wrong Trousers and has composed and orchestrated several library pieces such as “Adventure”, “Against The Clock” and “Surge”. Mitch has also written short pieces, such as for YouTuber “Water Trainer Kaz”, who Mitch composed the music for in his introductions. Mitch has also composed the music for 2 short videos, “Goodnight & Godbless” and “The Chivvy Trousers”, two videos about the Instagram sensation Geoffrey Walker and his wife Pauline.
Mitch’s performances started off with playing clarinet for Leicestershire Arts In Education bands between 2007 and 2012. He played in 16 different concerts during this time and playing in fantastic venues such as De Montfort Hall in Leicester, Bedworth’s Civic Hall and Mitch also played in the North of England Regional Festival at Great Sankey High School in Warrington.
During his time of studying his GCSE’s and A-Levels at King Edward VII College in Coalville, Mitch played in numerous shows that were put on there, such as 3rd Guitar / 2nd Drums for We Will Rock You, keyboard for Spamalot, Sunshine on Leith and Les Miserables, Clarinet for Billy Elliot and Oliver and Drums for Footloose, Grease and Fame.
After Mitch finished his studying at King Edward VII, he stayed at home and worked in his local hi-fi shop, and during this time Mitch joined the Ashby Concert Band, based in Ashby-De-La-Zouch, where he started on 3rd Clarinet. A few months later Mitch found his feet and got promoted to being on the Alto / Eb Clarinet, and then again to Timpani and Percussion. Mitch played in 11 concerts with the Ashby Concert Band raising money for incredible causes such as playing at Saint Hilda's Catholic Church in Whitby for RNLI Lifeboats, the Royal British Legion for their Poppy Appeal and for the local wildlife trusts.
As well as this, Mitch has had experience with playing drums in several shows across the midlands in 2017, such as playing in Joseph and the Technicolour Dreamcoat at the Bridge House Theatre in Warwick, Avenue Q at the Abbey Theatre in Nuneaton (opening night) and a 3-day run of Legally Blonde at the Old Rep Theatre In Birmingham. Mitch has also played drums for the renowned Leicester Co-Op Brass Band, assisting them to victory in the Denby Pottery Village Brass Band Competition in July 2017.
Mitch aims to add more experience to what is already an extremely impressive calendar of events. He is currently 3rd Clarinet in the Leeds College of Music Students Union Concert Band and their next concert is in early 2018. 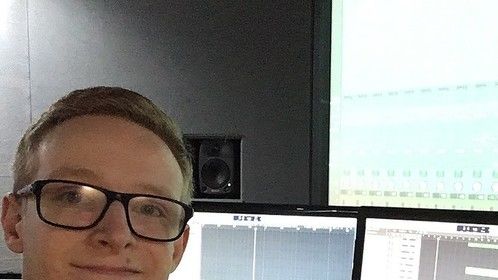 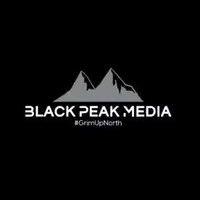