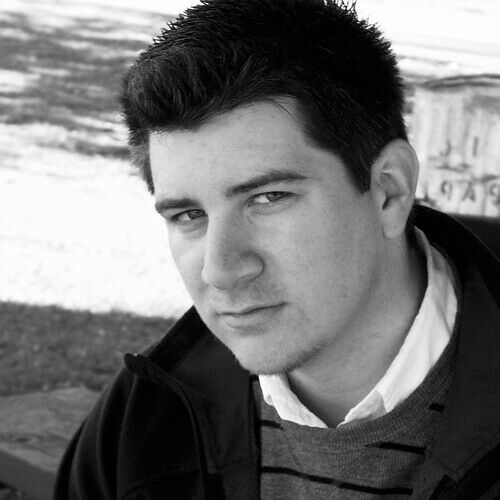 Andrew Shaffer is the New York Times bestselling author of the essential survival guide, How to Survive a Sharknado and Other Unnatural Disasters, the satirical thriller The Day of the Donald: Trump Trumps America, and many other humorous fiction and nonfiction books.

His most recent book, Ain’t Got Time to Bleed: Medical Reports on Hollywood’s Greatest Action Heroes, is out now in hardcover from Insight Editions/Simon & Schuster. His next book, Hope Never Dies, will be published in 2018 by Quirk Books.

A television drama based on his novel-in-progress Tapped is currently in development at Freeform, with The Pretty Little Liars' I. Marlene King and The Vampire Diaries' Paul Wesley producing. Additionally, Shaffer has a couple of original feature-length spec scripts floating around Hollywood.

He has appeared as a guest on FOX News, CBS, and NPR, and has been published in McSweeney's, Mental Floss, Inc., and Maxim.

He is the owner and creative director of Order of St. Nick, the greeting card company whose cards have been featured on The Colbert Report. He also runs the publishing outfit 8th Circle Press with his wife.

Shaffer attended the Iowa Writers’ Workshop for a summer semester and studied comedy writing at Chicago's The Second City. An Iowa native, Shaffer lives in Lexington, Kentucky, with his wife, novelist Tiffany Reisz.