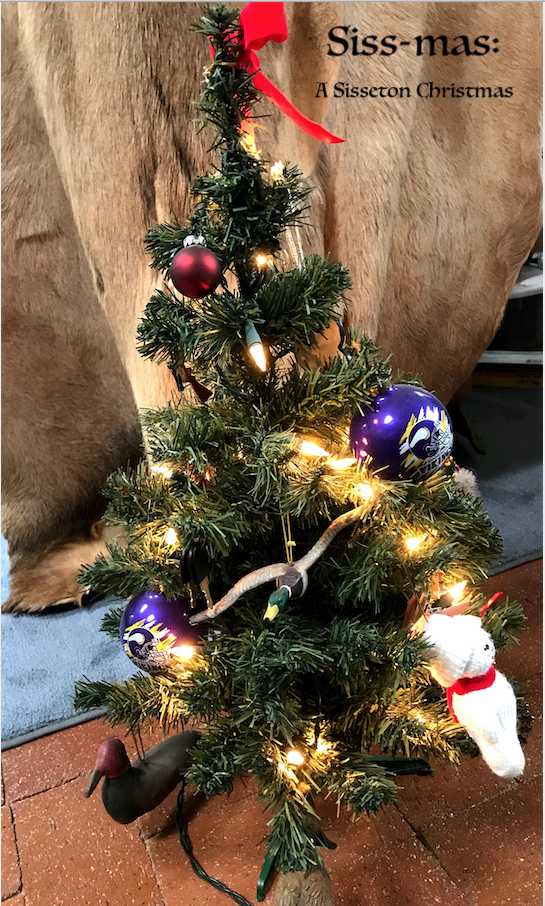 Returning to her small-town home of Sisseton, South Dakota for the Christmas Holiday with her young daughter, a woman reveals to her family she is divorcing. Reconnecting with a high school classmate, she then has to deal with devastating financial and personal loss amidst the blizzard of a decade.

In 1975, Jeannie Jorgensen’s marriage is collapsing. Her husband is spending his Christmas Holiday in Texas with his new girlfriend leaving Jeannie with her 4-year old daughter, Brandi, to face family alone. Jeannie and Brandi make it home on Christmas Eve to Sisseton, SD, traveling in the freezing cold from the “big city,” Sioux Falls, SD.

Jeannie is late and misses supper. She is questioned by her family, where is James? She has to announce she is divorcing. Donna, Jeannie’s older sister, is pregnant and does her best to support her sister. Both Donna and Jeannie are teachers, like their mother. Teaching is not a lucrative profession, and Donna and Jeannie discuss finances while they travel a few blocks to visit Grandma Pearlie on Christmas Eve with their mom and dad. They take Jeannie’s too-expensive Dodge Charger (a James purchase) because it was already warmed up. Just popping in to see Grandma Pearlie for a minute, they leave the car running. When they come out, the car is gone, stolen.

The authorities arrive, Deputy Dave Sheridan arrives, a high school classmate of Jeannie’s takes the stolen vehicle report and there is instant chemistry between Jeannie and Dave. On December 26th, Dave picks up Jeannie to see the recovered stolen car, it is wrecked in the junkyard, stolen by a 14-year-old boy for a winter joy ride. Dave provides the stolen vehicle report and drops Jeannie off at the insurance company to file the claim. It turns out that Jeannie was past due on her insurance policy payment and they won’t pay. Jeannie calls Donna who comes straight over and provides another payment, having previously written the check for last month’s bill, as she has been assisting her sister’s finances. Donna knows she has the canceled check, but she makes sure all policies, including life insurance policies are up to date (foreshadowing).

As a teacher, Jeannie has a long holiday break, and since she is without a vehicle, she hangs around Sisseton, seeing Dave and enjoying some winter activities with her daughter and Dave: sledding, snowmobiling, and skating. Dave, along with his sister, Jeannie, and her daughter spend New Year’s Eve bowling and ringing in the New Year. The night culminates with Jeannie dropping her daughter with Grandma Betty Jean and Grandpa Ed and then sneaking out to spend the rest of the night with Dave.

The next day she has to head back to Sioux Falls and get back to teaching. She calls Dave to tell him she has arrived safely. While on the phone, she gets a knock on the door. It’s the police notifying her that her husband has been killed in a plane crash in Texas.

The devastating news squelches Jeannie’s budding relationship with Dave. Back in Sisseton for the funeral, Jeannie struggles with her feelings, or lack thereof on the death of her husband. Jeannie still hasn’t seen or spoken to Dave until the funeral, where she spies Dave in the back but doesn’t talk to him.

At a small reception held in her parent’s home, she finally breaks through with the loss of her daughter’s father as her sister, Donna, pulls her aside and gives her permission to get on with her life, including pursuing a romance with Dave. The insurance matter is cleared up and policy claims are paid.

Jeannie prepares to return to Sioux Falls, but a blizzard strikes the area. Jeannie doesn’t travel, but her father, Ed, a rural route postal carrier gets caught out in the storm. Jeannie enlists Dave’s help, and with his snowmobile, Dave is able to rescue Ed. Ed and Dave wind up at the Mortimer Ranch to wait out the blizzard. They call home and announce they are safe, and as a matter of coincidence, Mrs. Mortimer, the Sisseton Public School’s kindergarten teacher announces she is retiring. There will be an opening next school year for Jeannie to permanently return from the big city to her small town.

The next Christmas finds Jeannie, Dave, and Brandi on Sisseton’s main street window shopping. Jeannie waddles, she is very pregnant.