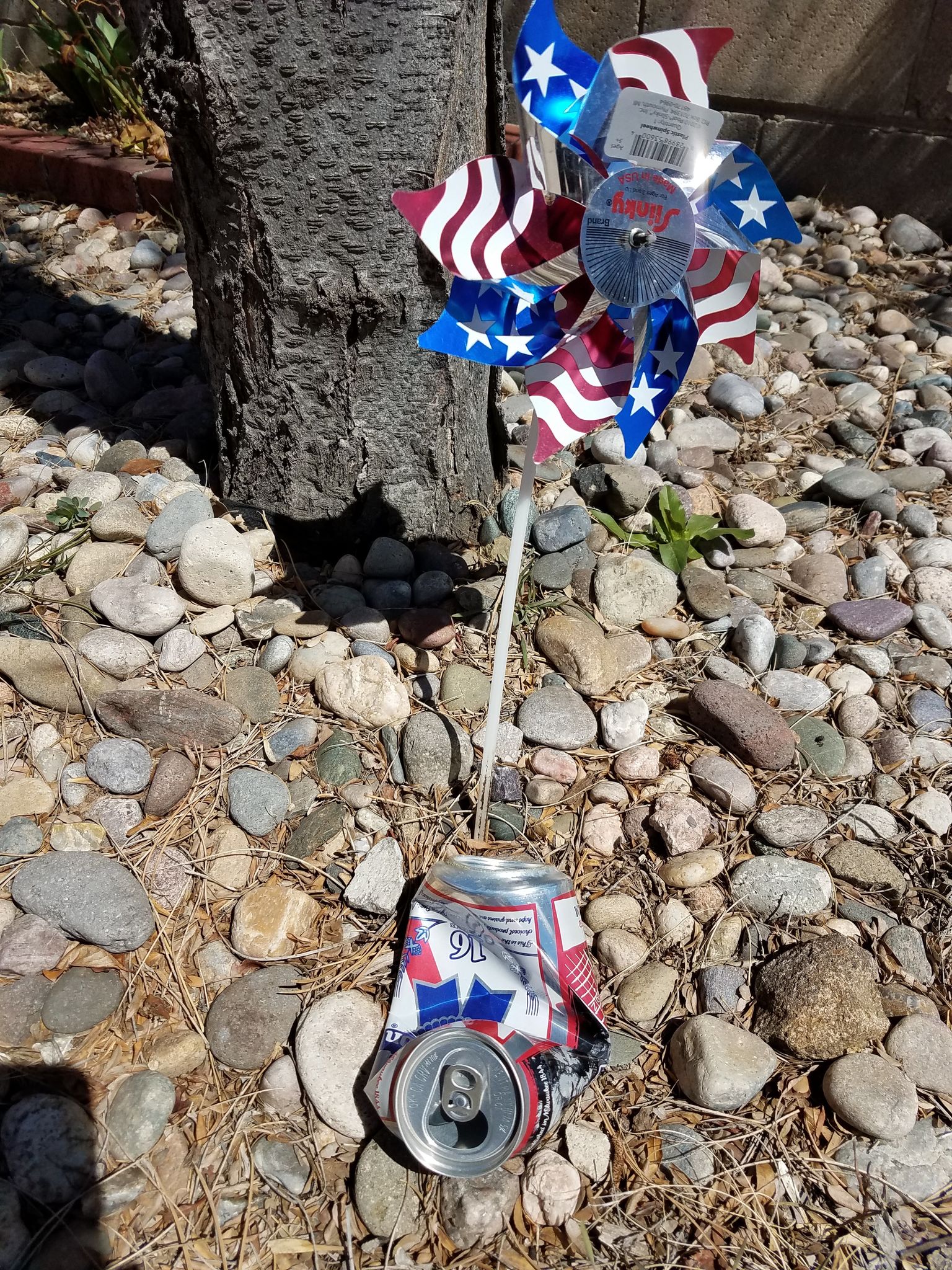 Ten years after inventing the Cheap-Beer-Drinking-July-3rd-Pre-Independence-Day-Holiday, "White Trash Night," two brothers continue the tradition, but their inebriation is interrupted when one's young daughter is in a car crash, and they have to get across town to the hospital.

Two college-age brothers invent a cheap beer-drinking holiday on July 3rd to cope with the mid-week 4th of July holiday hangover. Ten years later the brothers' holiday has evolved into a block party in heights district of Albuquerque. One brother is mourning the recent loss of his wife and trying to raise a young daughter.

The July 3rd (White Trash Night) Party, so designated because it was originally based on wearing "wife beater" tank tops and drinking the cheapest, crappiest beer possible, while sitting in lawn chairs in the driveway has come around again. Frank and Karl Kindermann prepare for the party. Karl mopes as the party starts, pointing out his dislike of helicopters as a news chopper flies overhead. But, he drinks beer with his brother until he is notified that his daughter and mother in law have been in a car crash and are in the hospital.

The over-served pair tries to get across town to retrieve Karl's daughter. First they try to hitch a ride with the aunt of their friend and amateur musical impersonator, the Hispanic version of Hank Williams, Jr., Manny Ortega. Manny had arranged a date with his sister with Karl for the evening party, but she was called into work, bumming out Karl even more. Manny tries to make up for it by having his aunt with limited English skills drive them cross town.

After a series of ridiculous, racially-charged interactions with mass transit, taxis, the police, and even the real Hank Williams, Jr., Karl and Frank retrieve Karl's daughter. They are back in time to the block party where Manny puts on his musical performance as an impersonator while joined by the original Hank Jr. Karl's evening is topped off when he is introduced to Manny's sister, the doctor that treated his daughter.

It is revealed that Karl's wife was a flight nurse and killed in a helicopter crash. The final reveal is that Frank is married with children to an African American woman, thus highlighting the irony of the racial confrontations they have endured.