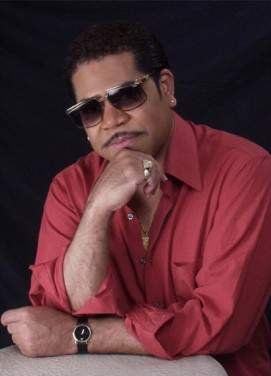 With a bullet to the brain, an elusive criminal mastermind turns an average man into the Jason  Bourne meets Sherlock Holmes genius who will track him down.

A bullet to the brain was just the shot in the arm Stray St. Clair needed.

Act I will be remembered for two horrific events that come out of left field. The freeway sniper massacre that takes the lives of Strayhorn "Stray" St. Clair’s parents, and twenty years later, the shooting of Stray himself.

A doctor who thinks outside of the box saves Stray's life, but the process the doctor uses inadvertently boosts Stray's IQ to the level of a genius and causes him to develop special abilities, such as photographic memory and computer-like mathematical skills. But these new abilities are only the beginning.

When he learns that the man who murdered his family, New Orleans Jack, has been leaving warning clues that no one has been able to solve over the past twenty years, Stray realizes that he must become proactive in the capture of this criminal genius.

ACT II centers on physical confrontations as Stray prepares to take on New Orleans Jack and his crew. For instance, after learning Kung-Fu from a book in the morning, Stray challenges a Kung-Fu master that afternoon. The battle is fierce.

When Stray gets too close, New Orleans Jack sends hired muscle to end Stray, and he nearly succeeds. Their battle is epic. It's David meets Goliath all over again. Wing Chun Kung-Fu and speed vs. Krav Maga, size, and power.

The battle between Stray and a dozen of Jack’s henchmen on a luxury cruise liner is filled with Parkour bounding from place to place, expert marksmanship, and Kung-Fu sequences.

ACT III asks the question, "How do you stop an escaping criminal in a Learjet, while said Learjet is taking off?" Trying to answer that question is what Stray and his girlfriend, Divya Patel, must answer, and fast.

New Orleans Jack raises a question about the origin of Stray which indicates that all is perhaps not what it seems to be.

Jack’s bullet helped create the genius named Stray, but who created the monster named Jack? An ending twist proves that sometimes the circle of life, is, in fact, a ring of death.

Stray’s abilities, awakened by nanotechnology and G2 quiescent stem cells, are evolving. For Stray, this means that new skills are awaiting him on the horizon.