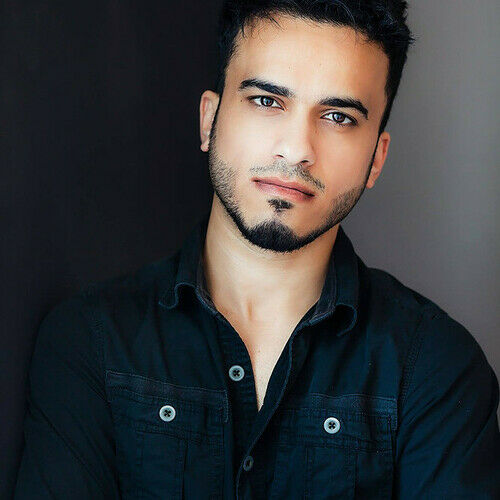 My name is Ayad Al Sadawi. I am a student of art with a vision and a story to tell. Since I was a child my passion was to paint. When I used to hold a pen or a brush, it wasn't just about drawing a picture, it was about telling a story in one picture. When I used to paint a house, a dog, some little boys playing by the house, I used to hear the boys laughter while they chase each other in the beautiful green lawn, and the dogs barking as he wants to have fun too. As I grew up, my imagination grew bigger, and I wanted to tell a longer story, with different plots, scenes, locations, etc. So I found acting to be the gateway to my vision. I attended theatre and dramatic school at American River College. I loved every second of being on the stage, where I presented another life to the audience. When the audience laughed or clapped, I felt the most fulfillment in my life. I felt like I finally was able to tell a story with my whole body and soul. But even though I loved being on the stage, I always felt like that I wanted to experiment with film, I felt like I wanted to see how it feels to perform in front of the camera. So I started my new journey with film. I attended to acting for the camera classes and film directing with the lovely Nancy Silva. Sure enough, when I acted in some films with my classmates I felt like that's where I belonged. I felt like my presence and performance was reaching more audience. The feeling that my story can be seen by a person in the comfort of their home made me feel like home. Despite my absolute love to being able to perform on stage and in front of the camera, I still did not feel like I was able to tell my story. Although I always received good feedback about my performance, I felt like I had many untold stories that I wanted to bring to life. I felt like the two little boys with their dog wanted to come alive. They were tired of playing and wanted to rest a little at home. That's when I realized that I want to be the storyteller instead of the performer. Even though I continued to perform and will never stop, but I also wanted to tell it in my own version. That when I came up with the Sacramento Film Club. I with the help of my wonderful friends I assembled a crew and started the direction of filmmaking. I started writing stories that were inspired by my life, and the lives of people I knew. So that's where I am right now. I feel like I have gotten to where I was meant to be, but I hope that I will be strong enough to make my own art. I hope if I make it, there will be some of my work published on my blog. And I really hope to tell you my stories, as beautifully as I envision them. 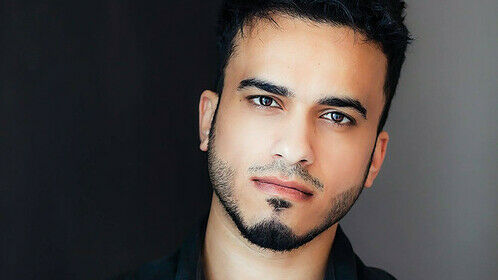