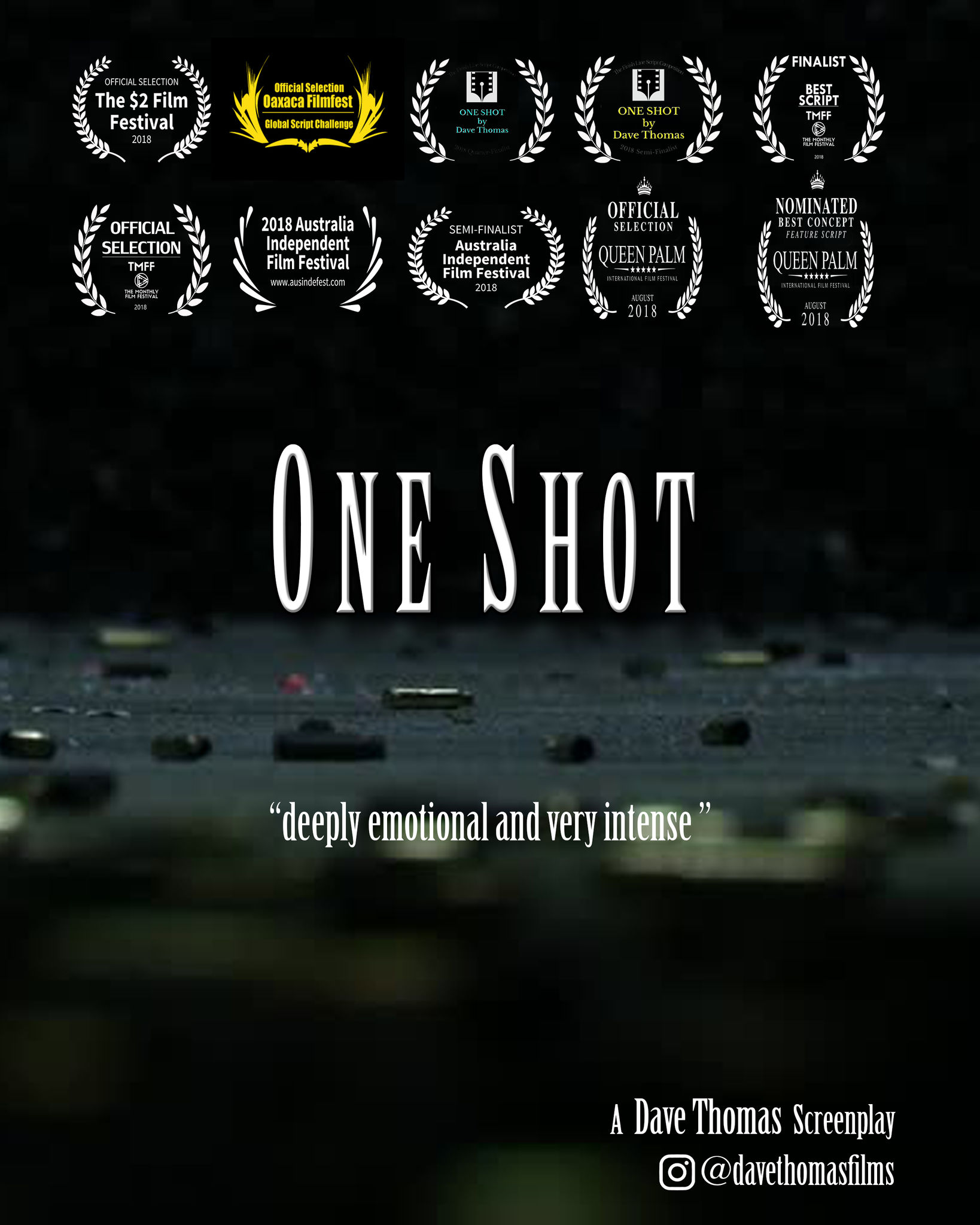 ONE SHOT
By Dave Thomas

A burning barn traps a child screaming for help. A family try to escape from Mexico among a hail of bullets. A boy is responsible for a knife buried in an elderly man's chest. A crazed criminal holds up a Convenience Store. A cop is shot. All incredible stories that are connected through one person - and he is holding the gun.

Criminal Alan Kearns needs money for his next fix. A simple cash-grab at a small convenience store will pay for his cold-sweating withdrawals to go away. His clouded aggressive state spirals downwards when the robbery goes wrong. A cop is shot, an elderly Mexican customer gets seriously injured while Alan waves his gun erratically at the young store manager and his assistant.

The simple robbery has turned bad and now the store is surrounded by highly trained Police Marksmen. Alan's mental and physical state deteriorates as time progresses making him more unstable and dangerous. He is unable to negotiate with the Cops and like a rat trapped in a corner he starts to panic becoming more volatile.

We learn more about our four key characters through a series of flashbacks and whispered conversations in the store. The dramatic escape from Mexico reveals the feelings and attitude Eduardo, an elderly Mexican hostage, has towards Alan.

Dramatic and traumatic events in the store Manager's and his Assistant's lives explain their opposing views on Alan. After a violent struggle for the gun Alan loses his position of power which is now in the hands of the hostages.

When Alan's mask is removed the story changes as the hostages realise they have crossed paths with Alan previously. The three debate what to do next. The store Manager holds the gun firmly on Alan as he listens to his colleague plead to allow her open the door and get the Police, while the elderly and seriously injured Eduardo argues that they should shoot Alan claiming self-defence as it is real justice. The Manager is conflicted what to do.

Meanwhile the Cops outside have waited long enough and decide to barge into the store. With seconds to go, a finger tightens on the trigger aimed at Alan's head while he continues to taunt and threaten them.

The seconds count down to an outcome in this intense and emotional conclusion...that ends with a twist.