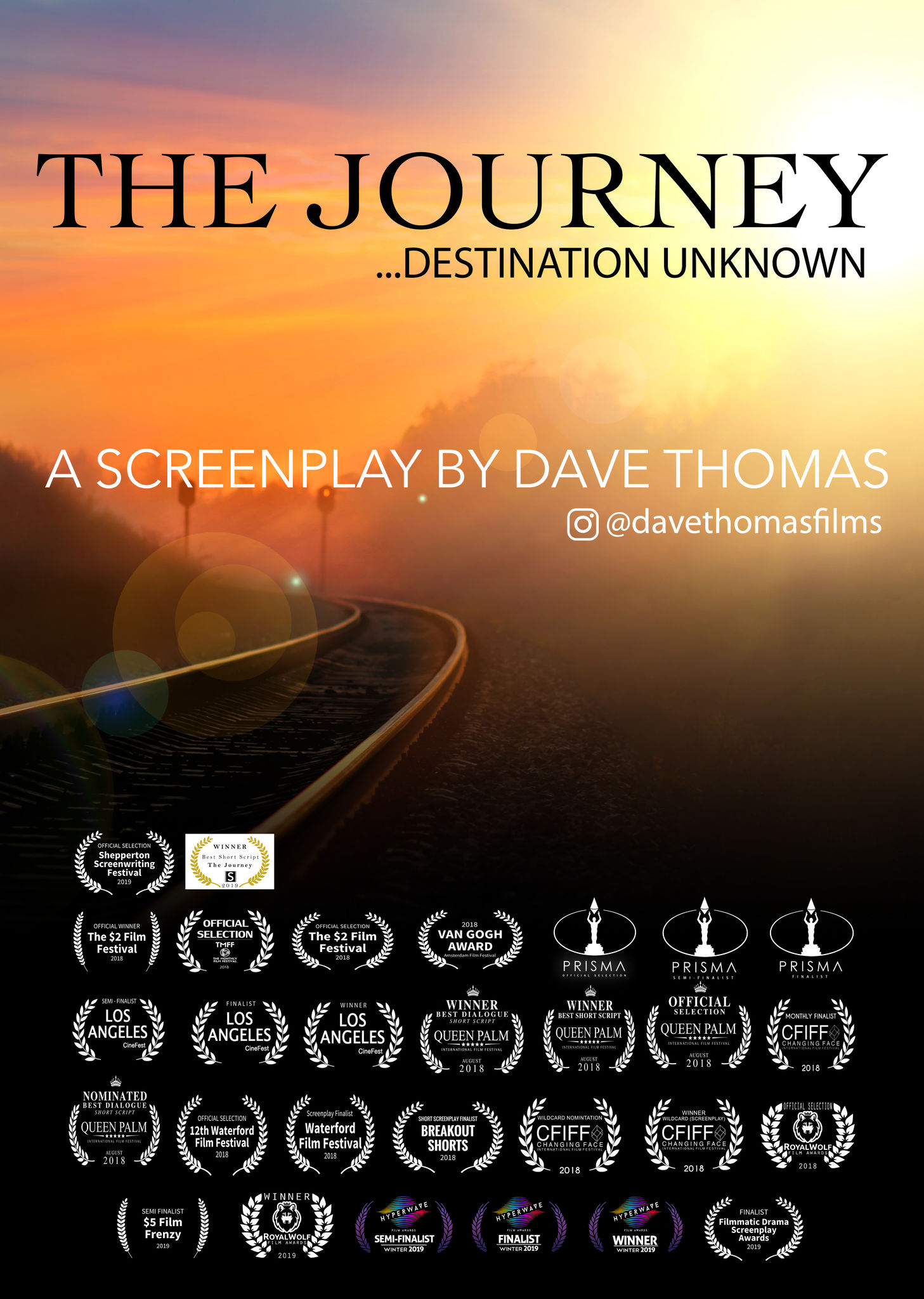 THE JOURNEY
By Dave Thomas

A mystical woman appears with a very important message for a Train Station-Master - a message he refuses to accept.

'The Journey' is a story of faith and not having faith. It’s also about holding on to life and precious memories that we value so much.

In this story, Bob, is a mixture of my own Grandfather, my Dad and me. My Grandad would say that 'old people' like himself were holding up space for the new babies to come into the world.

My Dad was a sceptic in some ways. He wasn't so sure about an afterlife but attended Mass regularly as he would say ‘as an insurance policy...just in case'.

Like Bob, I would need to see something miraculous that would leave me with no doubt that there is something beyond this life. Bob literally does see the light and this is a turning point for him in this story.

This is not a story about death, nor dying. It’s about being in love and losing your loved one leaving an awful emptiness in your heart that cannot be filled no matter how hard you may try. Bob feels that emptiness and holds on to his job that not only means everything to him – it is everything to him since his wife died.

Bob holds on to his job and his life with a firm grip in fear that if he lets go, everything is over including all the beautiful memories of his wife.

The colourful characters that arrive every morning to collect their tickets for train journeys bring a lighter element to the story. They are comical, a little strange even, providing the light in contrast with the darker side to the story.

Who is the mystical woman appearing to Bob explaining that life is not over when you die? Is she a woman from the local town trying to help Bob? Perhaps an Angel sent to guide him onto the next stage of his journey? It really depends on what you believe and how you would like to interpret the character.

The emotional ending to this story brings Bob’s story to a conclusion. There was really only one way that Bob would willingly let go of life.

While it is emotional, I do see it as a ‘happy ever after’ ending.