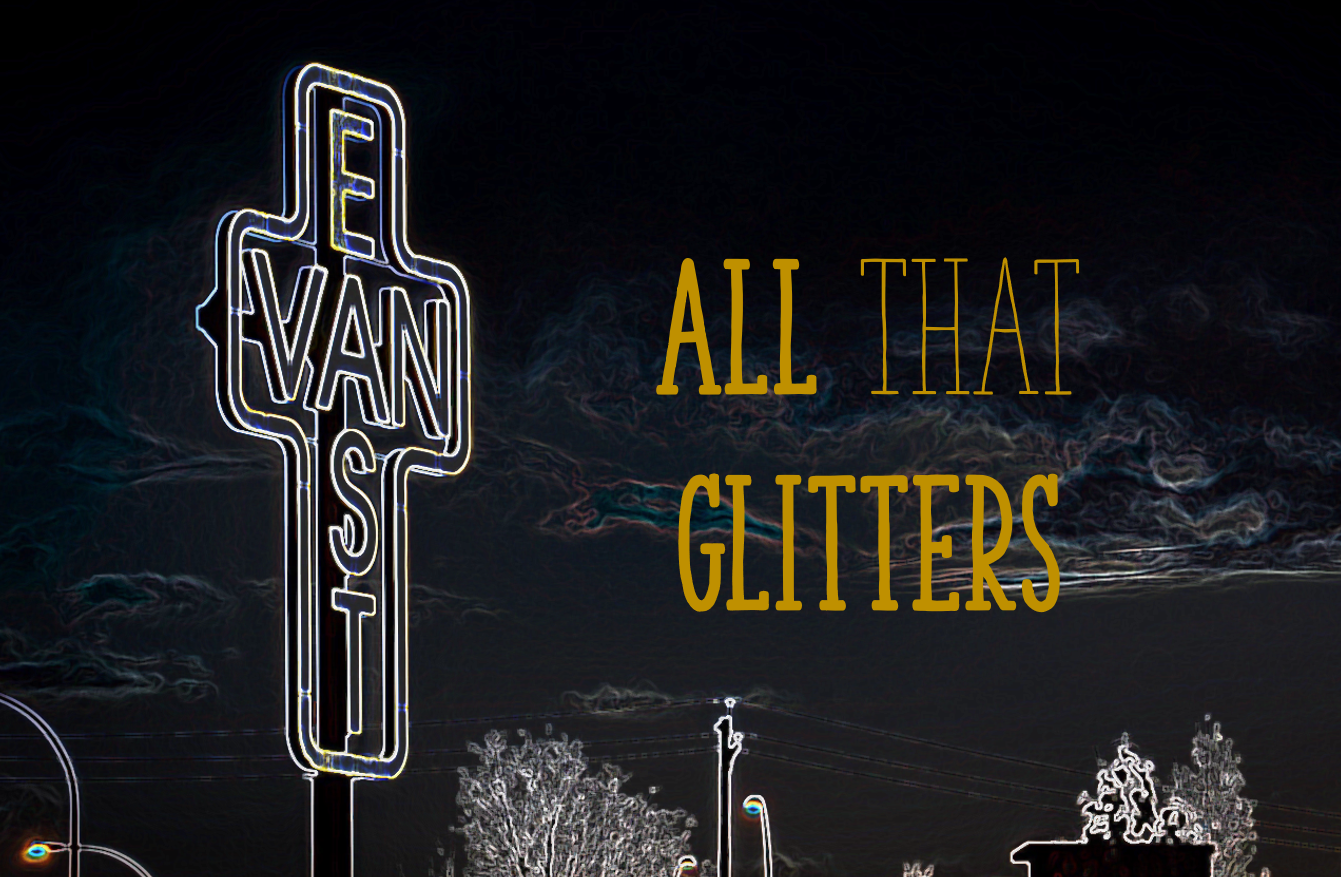 ALL THAT GLITTERS
By Sam Macneil

At a queer drag show, friends unwind on a Saturday night at “The Clubhouse”. They are Ezra Melville, an anxious trans guy about to embark on his medical transition, Greta Harper, a lesbian who hops from woman to woman, Hudson Maine, a drag performer having an affair with a married youth pastor, and Freddie Harper, a straight hopeless romantic unwilling to move on from the past.

In the grungy club bathroom, Ezra stresses over telling his parents about taking testosterone and gives himself a pep talk. He’s having dinner with them tomorrow night, and afraid it will be too much for them to handle. At their shared house, Greta discovers one of the Airbnb guests next door has parked just inches away from her Subaru Hatchback and she pledges to catch the owner of the car. Ezra shares his fears with Freddie and brings up a memory of eighth grade which Freddie misinterprets as Ezra being into him. Hudson tries to tell Freddie that nothing is ever going to happen with him and Ezra before they both go to bed with their own delusions.

In the morning, Greta confronts the owner of the vehicle, a trans woman from Seattle who meets Greta on her level and doesn’t back down. At the trans care clinic, Ezra learns that his first shot of testosterone is happening at a following appointment and he leaves only with a task to get oranges for practicing. Distracted, Ezra walks into the street and is pulled back onto the sidewalk by the gorgeous Sawyer. At a church clothing drive, Hudson and Jake Michaels, the married youth pastor he’s sleeping with, make out in a storage closet before Jake is accidentally stabbed in the back with a sharp object on a shelf. Jake’s wife Charlotte leaves their toddler son Henry in Hudson’s care for the rest of the day while they go to the hospital.

After getting oranges and flirting casually in the grocery store, Sawyer invites Ezra to his studio apartment and teaches him how to do his first shot by demonstrating on his own leg, an intimate affair in Sawyer’s underwear. Sawyer agrees to continue an odd day by being Ezra’s support system at dinner with his parents, Ezra forgetting that he asked Freddie already. At the tattoo shop where Greta works, she and Amelia meet again, and she fills in to tattoo Amelia when the initial artist is sick. While picking up Henry at Hudson’s place, Jake tell him he can’t ruin what he has with Charlotte and breaks up with Hudson. He puts up a fight, but Jake is decided.

At dinner with his parents, Lily and Reed, Ezra’s brother Max and his girlfriend Abbi announce that they’re engaged, stealing the thunder from Ezra’s big news. After pumping himself up and worrying about their reactions, Ezra spills the beans to the emotional support of Reed and silence of Lily. Running out of the restaurant for air, Ezra engulfs Freddie in a hug and remembers inviting him to dinner. Sawyer catches the look in Freddie’s eye for Ezra and leaves the two of them, feeling unthreatened.

At the Michael’s house, Hudson chats with Charlotte until Jake comes home. To Jake’s surprise, Charlotte announces that Hudson is going to be Henry’s new nanny and they’ll be seeing a lot more of him. While packing her car to go home, Greta catches Amelia and shares about her mom leaving them to live in Seattle and the trauma she’s carried with her. Amelia gives Greta her card and tells her she’ll be back.

The four friends drink beers around a small table at a local dive bar and celebrate their small victories, each one keeping a small secret to themselves. Greta catches eyes with a woman across the room and disappears, and Hudson gets a “work” call from Charlotte, leaving Ezra and Freddie. When Ezra asks him what puberty was like, they both know everything is about to change.