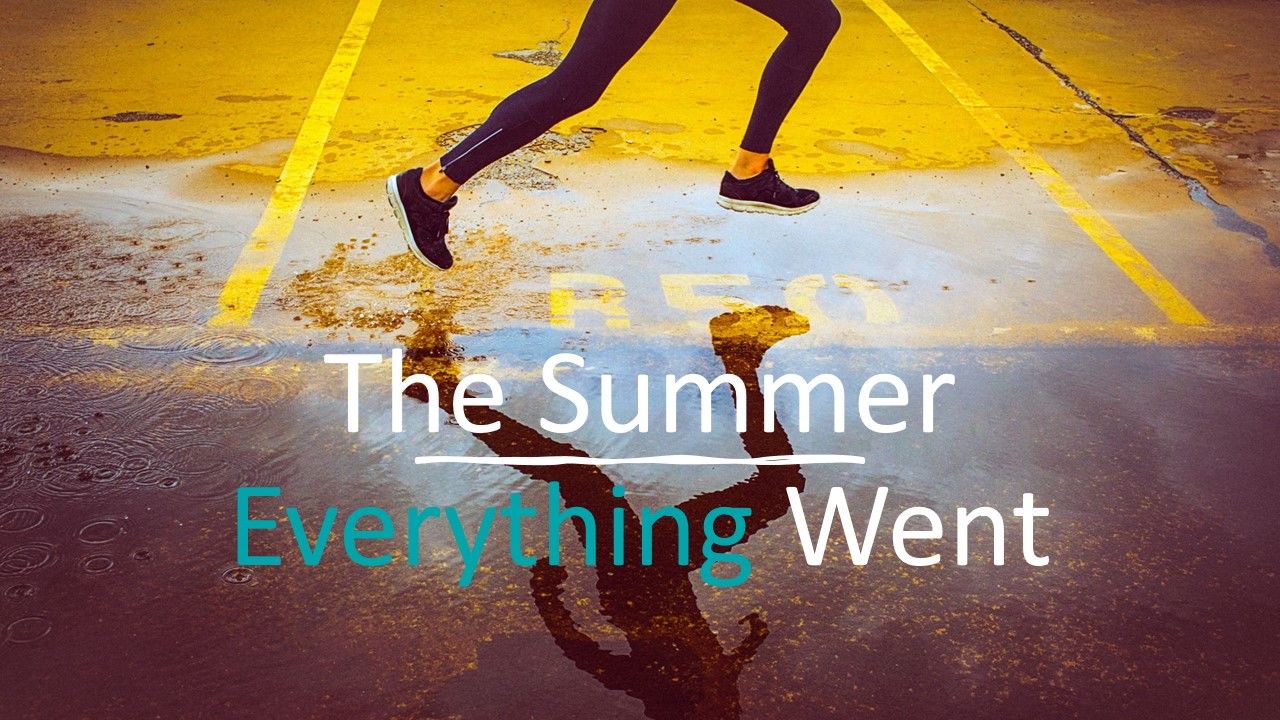 THE SUMMER EVERYTHING WENT
By Sam Macneil

A teenage girl struggles to define her sexuality as her family grieves the loss of her sister.

In modern-day East Vancouver, protagonist Mason Campbell, a tentatively rebellious sixteen-year-old, is living in a Christian household. She has a strained relationship with her devoutly religious mother Shannon, and her best friends are Jude and Ben (two queer teenagers). She is close with her seemingly perfect older sister Devon, who just graduated high school and will be attending Christian Bible school in September. The first act includes Mason’s day job at a theatre, and a charming young man named Tommy asks her out before Jude can confess her crush on Mason. She attends a party despite her parent’s wishes and witnesses Devon with a mystery guy. At the party, Mason flirts with a girl named Emma, who is also her co-worker. The first act ends with Devon and Mason driving to Stanley Park for a run and getting into a car wreck which is fatal for Devon, and the family holds a funeral for her.

Mason struggles with the sudden death of her sister, her relationship with her mother, and her identity. She goes on a few dates with Tommy, but after she finds herself disinterested in anything sexual, she stops seeing him. She begins to come to terms with her sexuality but has trouble finding the language to describe herself. At the midpoint, Mason invites Emma to a church clothing drive. While there, Mason discovers that her mother is giving away Devon’s belongings, and simultaneously her mother finds out that she and Emma are seeing each other romantically. Her mother is upset over Mason’s sexuality, but her father, Marshall, is more accepting. Marshall and Mason take the time to mourn Devon’s loss together. Mason and Tommy track down Luca, the mystery guy, and find out that he and Devon had been secretly dating for a year and were going to move across the country instead of their planned colleges.

The second act concludes with Shannon confronting Mason about her sexuality and bringing her to the pastor at the church to discuss the matter. It is alluded to that they are considering a way to send Mason to anti-gay conversion therapy. Mason’s father defends her, but she walks out of the meeting and runs away to join Ben on an out-of-town bird-watching trip. After spending time with Ben on the camping trip, Mason argues with her friend and gets lost in the woods. At this point, Mason experiences the emotional climax of the story— she spends a night in the forest alone. During her time alone, she gets a text from Emma explaining that she is moving away. Mason misses her estranged friends, her relationships are falling apart, her family is broken, and she is just starting to understand her sexuality. She breaks down and tries to reach out to Devon and to God. Ben eventually finds her in the forest, and she goes back to the city with him.

The resolution takes Mason through the end of summer. She bonds with her mother who decides to make more of an effort to accept her. She becomes closer friends with Jude, Ben, and Tommy, breaks off her relationship with Emma but remains friends, and gifts Devon’s favorite hoodie to Luca to remember her by. Mason returns to high school in the fall, makes a new friend, and spends time at her sister’s grave. She picks up old hobbies and embraces her new life, remembering that her sister will always be with her.