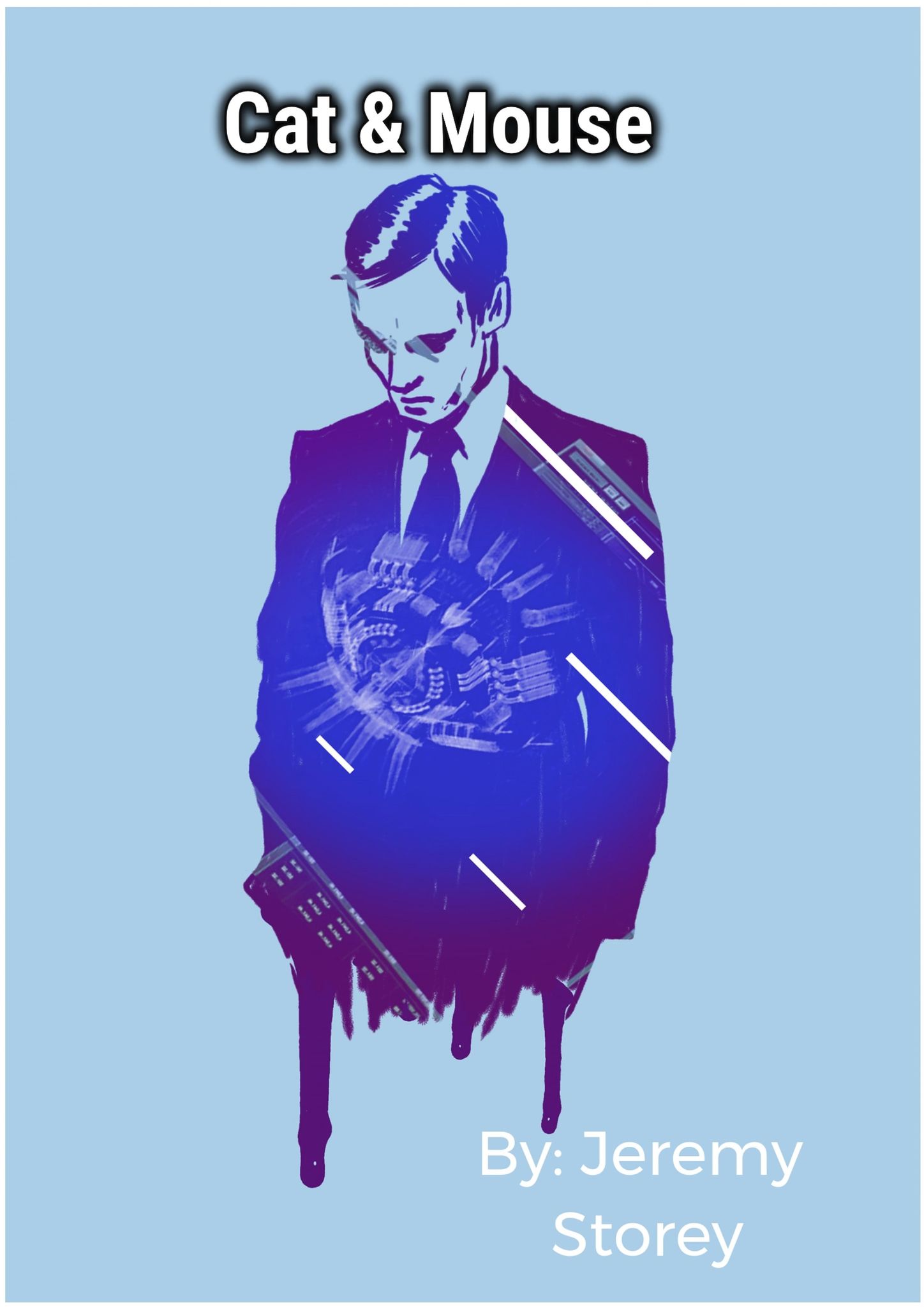 CAT AND MOUSE
By Jeremy Storey

When Harry’s deadly job brings him home, his anonymity is compromised when he learns that his target involves an old friend, safeguarding a dreadful secret.

It’s been fifteen years since Harry was last home. When he left, he was a shy, bookish boy who loved nothing more than to play his guitar, and hang out with his best friend, Lucy.

He returns much changed; A mysterious job, a deadly set of skills, and a relentless dedication to the mission is what defines the Harry of today.

However, when he learns that his old friend, Lucy is the focus of his next mission, his carefully calibrated anonymity and years of lethal training are suddenly compromised, forcing him to make a choice between the head and the heart.

Harry and Lucy—suspiciously thrust together again amidst a background of unrequited emotions, cloaked intentions, and explosive violence—must learn to trust again, despite the ocean of shrouded secrets between them.

In this dangerous game of Cat & Mouse, not everyone appears to be whom they claim. Secrets, lies, and mystery are the cards on the table, and with the fate of mankind on the line, the stakes are immense.

"As far as a short screenplay is considered, this is a prime example of what can be accomplished with the medium. More than simply a vignette, CAT AND MOUSE delves deeper into the immediacy of the two protagonists while exposing their individual Achilles' heels --- as if the stakes weren't high enough already for Harry, suddenly a long-lost flame jeopardizes his professional standing with Donovan. It's a simple, urgent premise that launches the audience from wary to eager to distressed in a matter of pages. It may sound facetious, but it's truly refreshing to come across a script that not only has a keen sense of its own audience, but goes about engaging that audience with a polished, three-act narrative. This could easily have been an unwieldy feature-length story in the hands of a less confident writer. Here, it's lean, ferocious, and effective."