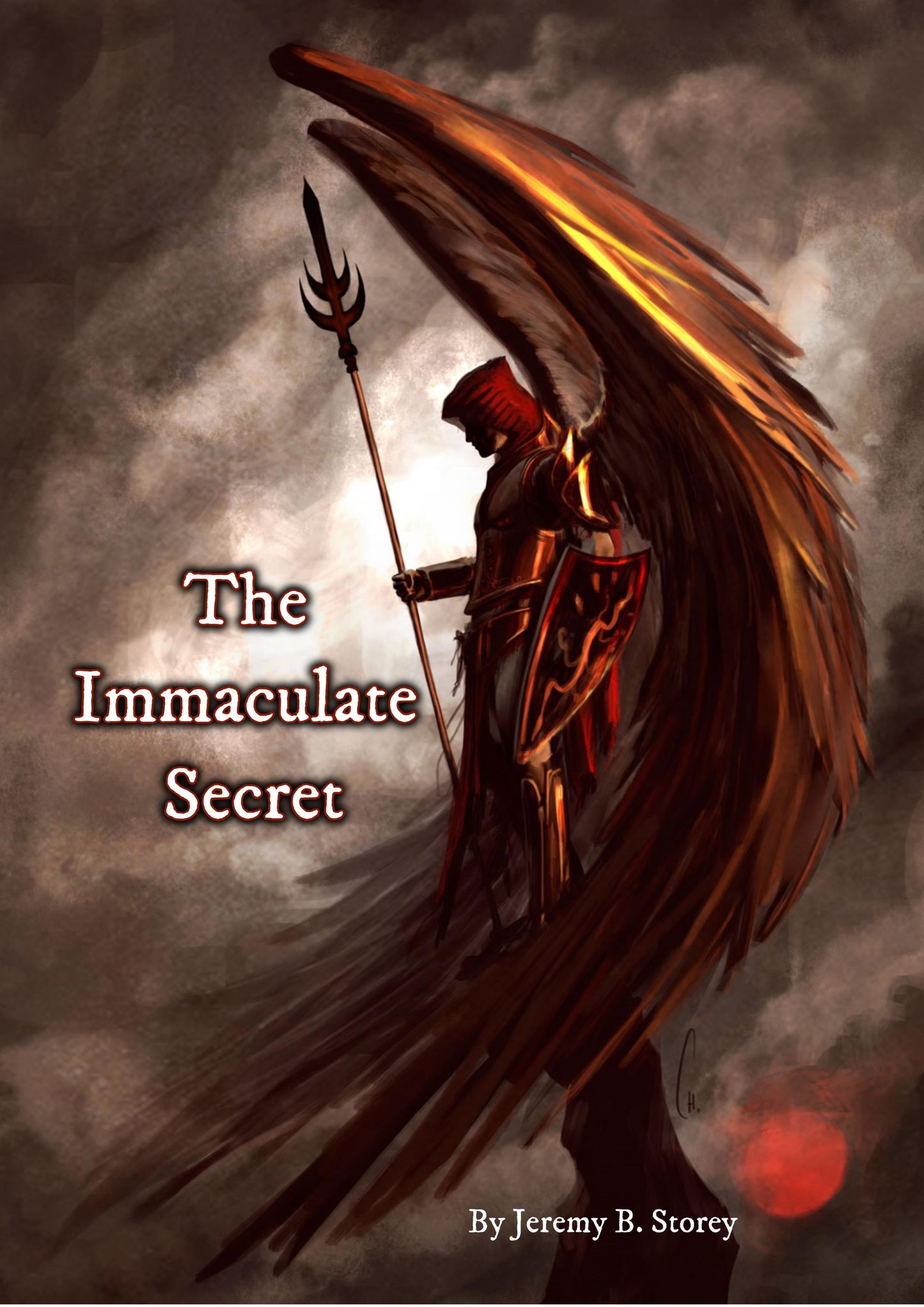 THE IMMACULATE SECRET
By Jeremy Storey

In a post-apocalyptic future, a reluctant mercenary and an enigmatic girl lead the last of humanity in a fight against an ancient evil, hell-bent on eradicating the human race.

In the future, ‘DAGON’, a genetics corporation founded by an ancient evil, has created the ‘ARYANS’ - a supreme, humanoid civilization composed entirely of immaculate clones.

Persistent persecution from the ‘Aryan’s, has outlawed the inferior humans (Untermen) into a vagabond existence. Even more problematic is humanity’s numbers are dwindling due to a degenerative fertility disease.

Never has the will of humankind been so weak and vulnerable. However, their instincts for survival will soon be tested beyond their imagination, for this desperate time and place is merely a prelude to the forthcoming apocalypse . . . the final battle between the angels of Heaven and Hell.

The fate of man will rest upon the shoulders of ADAM, a mysterious mercenary and METHISA - a mute, orphan girl irrevocably scarred by death and sorrow. Between them they hold the key to unleashing a supreme heavenly power capable of annihilating an army of demons.

In the end, Adam and Methisa must make a profound sacrifice in order to save humanity and prevent evil from ruling for an eternity.

THE IMMACULATE SECRET is an action/sci-fi thriller, highlighted by an intrepid male protagonist on a hero’s journey, a malevolent, charismatic villain, and a destitute, yet brave band of people in search of freedom and redemption.