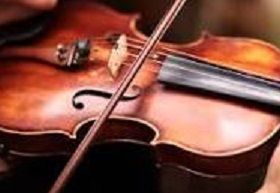 THE MAN WHO MADE THE SUN COME UP
By Jenean McBrearty

Seven-year-old Della learns about life's hardships and dangers from twelve-year-old Larry Spivy, his brooding father, and the KKK in Depression era Arkansas; and about forgiveness and the beauty a violin can make when it's played by an old black man in a boathouse.

Della was mesmerized by the violin player who could "fiddle up a storm" at the traveling carnival ---that was the day the river flooded and the Spivy's lost their only cow. And soon after her best friend's family packed up and headed west to find work like so many of the families who lost their farms to the banks. She doesn't know her mother was a "Flapper" who wound up with a child to support and that her "daddy" was never coming home. If it wasn't for Larry, she might not have cut her hair to ransom the white slaves of the North or learned about Indians and Lafitte's treasure.

Larry's a rascal alright. A motherless aider and abetter of a little girl so tired of taters and peas for dinner, she'd do just about anything for the meat he steals from his father's smoke house -- from a man so desperate to hold on to his land, he'll ride with the night knights to rid the town of the bank representatives come to steal another farm. Yes, Larry's seen much in his short years, violence and strange fruit. Full of bitterness and want, he envies Della her sweet mother who tries to maintain her manners despite her trials.

When Larry tells Della that he's seen the devil, she knows it isn't true when she sees the old black man in the boathouse playing violin music she's never heard in her life. He beckons them inside, but they bolt for home. Della, however, dreams she hears the music, rises early, and decides she has to tell the man how much she loves to hear him play. But, when she arrives, Larry has anticipated her intention. But the man is dead. While Larry goes through his pockets for money, Della finds his identification card: he's a member of the Boston Symphony. He has pictures of his family. And an empty bottle of booze. Crying, the children drag the man to the river, put him in a boat and let it drift away.

Della runs back to the boathouse and rescues the violin, scared that Larry will smash it as he does everything that he vents his anger on. When she stands up to him --- and his ugly eyes -- this time, however, he backs down. Della tells Sheriff Meeks what happened, and lets slip that she knows the knights will ride tonight. He presses her for information about the showdown, but Della keeps silent. The knights ride to Della's house, and though her mother is terrified, Della cheers them on, believing Mr. Spivy can save the farmers' land. There's a battle at the hotel where the town's banker and his family are staying before their departure north.

Unbeknownst to Della and her mother, Della's teacher has contacted the Randall family in Little Rock and told them where their daughter and granddaughter are. Now it's time for Della to leave, and Mr. Spivy and Sheriff Meeks load her furniture into wagons. Young as he is, Larry can expertly handle a team of horses, but it's a worthless skill, Meeks laments. Somehow the somber group realizes the world has changed forever and there's nothing they can do about it. Even Mr. Spivy gives up his guns when the Sheriff comes to enforce an eviction.

When the wagons arrive in Little Rock, everyone, even Larry, realizes his father is sweet on Della's mother. Maybe that's why he gathers up those wild flowers and makes one last dash to the Randall house and gives them to Della's mother.