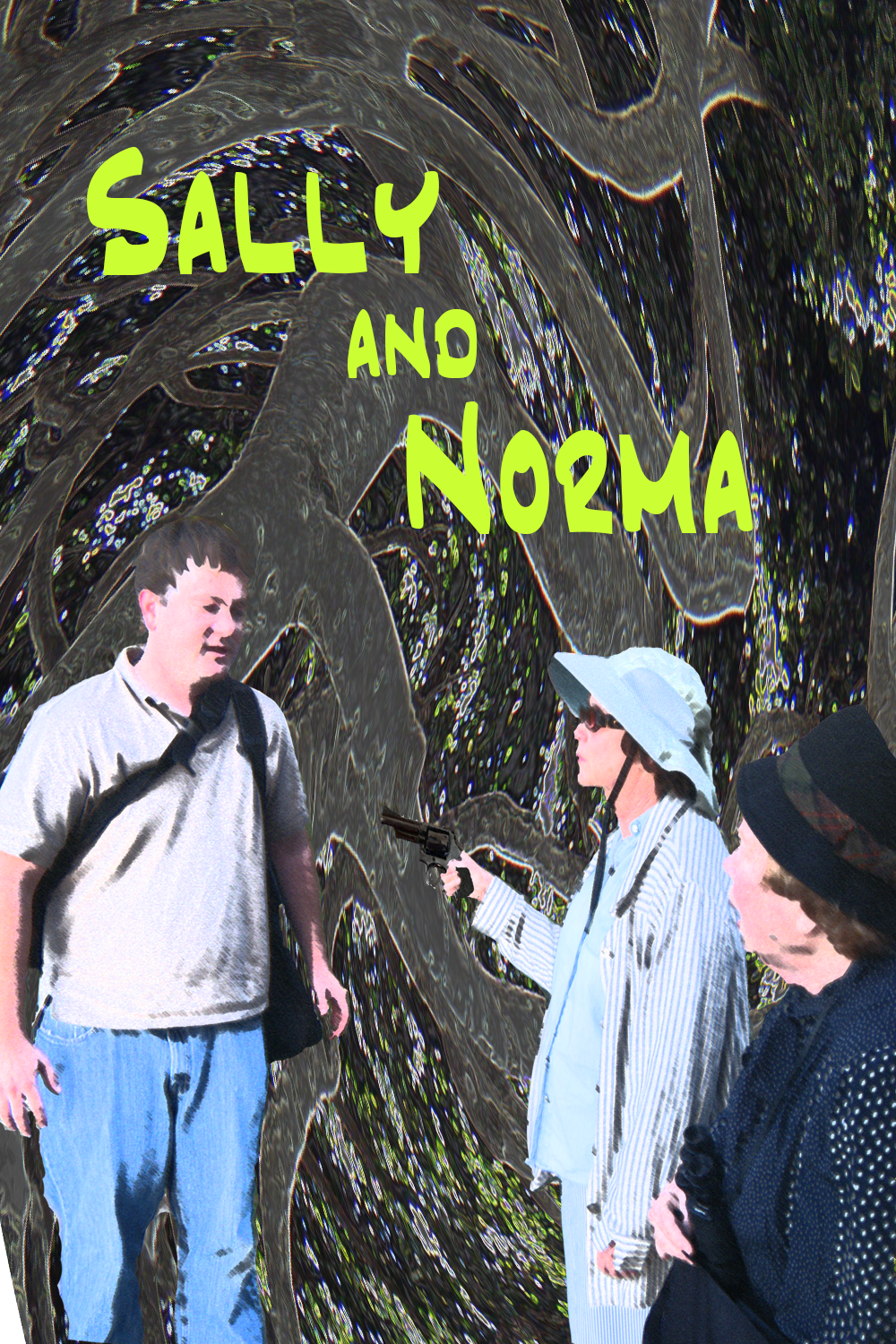 Two seasoned ladies do their best to restore truth, justice, and good old fashion manners and morals while family members and friends scramble to keep them out of trouble.

In a small country farmhouse, NORMA GARCIA (elderly F) is winning at Scrabble against her best friend SALLY MAE PATTERSON (elderly F) when a stranger comes to the house late at night wanting money for gas. When he tries to slice his way into the house, Sally Mae shoots him with her 12 gauge pump shot gun. Sally reassures Norma that it was only rock salt.

The next morning Norma’s grandson DEPUTY DISTRICT ATTORNEY JAMES GARCIA (a heart throb 30s) comes out to the farm to take his Granma back to the city when Sally Mae’s daughter LINDA LOU CALLOWAY (F 40s.) squeals up in her well used Forester. She’s mad as a hornet because of reports that her mother was shooting at people.

James whisks his grandmother away and tells her she can’t ever come back. When she sees the cut up screen, Linda is concerned about her mother’s ability to live so far out of town by herself. Sally Mae goes inside, gets a 22 and shoots a can down by the barn and announces she’s not going anywhere.

James takes Norma back to her home and notices how dilapidated the neighborhood has become - except for Norma’s house which is kept pristine by Obadiah a muscular, tattooed and slightly fried former student who lives in the converted garage. James worries that the neighborhood is no longer safe and suggests that maybe it’s time to move into a home. Obadiah assures James that nobody messes with Ms Garcia.

Linda shares her concern about her mom with DETECTIVE SOLOMON “Sol” de la PENA (M 40s to 50s) and James. They are discussing the possibility of Sally and Norma moving in together when a call comes in reporting that James’ grandmother is involved in an altercation with a teenage boy. Sirens blaring, Sol and James speed to the scene only to find the Norma has sprayed the boy with bear mace, broke a bag of flour over his head and is beating him with a bag of onions. James is incensed that the crowd is simply taking videos. Norma assures James that, just like Sally, she can take care of the two legged rats.

Back at the police station Sol reports that the boy is pressing charges for assault. It doesn’t look good for Norma so Linda calls the lawyer she works for, LESLIE LEE SINGLETON (Trans F 40s). They review the numerous video’s on line. None show the boy trying to take Norma’s purse, all show Norma beating him with the bag of onions.

Sally shows up claiming she heard about it on the news and if Norma’s going to jail, she’s going with her.

James and Sally get into an argument. James claims it’s all Sally’s fault for giving Norma the bear mace. Sally counters. James threatens to charge Sally instead. Sally takes a swing at James with her purse. Sol attempts to hold Sally back, but Norma sticks out her foot. A snap is heard as Sol tumbles in pain, breaking his arm.

Sally and Norma are sitting in a jail cell with a tattooed woman. When asked what they’re in for, Sally explains that she assaulted the Prosecuting Attorney while Norma assaulted a Police Officer. The woman is impressed. When asked if they are going to be bailed out, they explain that everyone is sort of mad at them at the moment. But Norma adds she’s never been in jail before and thinks the new adventure rather exciting.